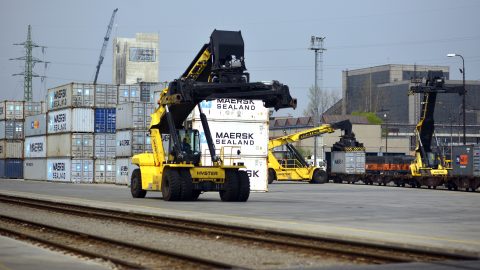 Polish rail infrastructure manager PKP Polskie Linie Kolejowe has begun testing an anti-theft device for the railway catenary system. The tests in cooperation with Poland’s National Centre for Research and Development (NCBR) are expected to be completed in the third quarter of this year.

PKP Polskie Linie Kolejowe believes the anti-theft system can help reduce financial losses as well as limit the disruption of train services. At the testing grounds in Żmigród, traction poles will be fitted with sensors to detect irregularities, such as wire vibrations, tension and changes in the voltage. These work in tandem with motion sensors that also function at night. The anti-theft system has its own power supply thanks to solar panels and sends a signal to railway staff in case of an incident.

After the completion of the system tests, the stakeholders involved will analyse the results before making a decision regarding the implementation of the anti-theft solution.

PKP Polskie Linie Kolejowe and the NCBR have a dedicated innovation joint venture that had earmarked 100 million zloty, around 22 million euros, for investment in railway projects in the coming two years, focussing on safety and efficiency, among other things.