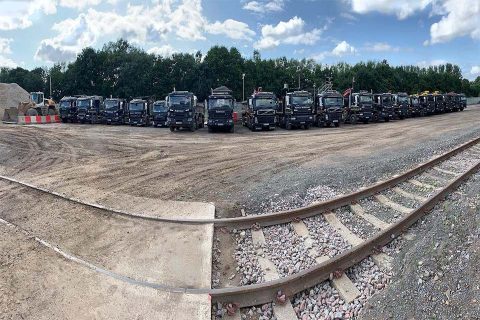 An infrastructure and construction boom is fuelling the London economy, with subsequent benefits for the rail freight industry. Three new bulk handling facilities are all set to join the roster of terminals located within the greater London area. There are two modest operations and one massive development, all being commissioned in the west of the UK capital, close to the M25 circular motorway loop.

Chessington in the city’s southwest is set to see its former coal sidings repurposed, and a commercial customer in West Drayton is making use of refurbished rail facilities. However, the most significant development is out in the Buckinghamshire countryside, as HS2 works commence on the biggest and most contentious part of the new high-speed line.

Tighter regulations over the use of heavy goods vehicles within London and the congested road network have helped persuade many operators to turn to rail for their bulk handling. Passengers at the terminus of the branch line to Chessington South may soon be intrigued to see the line revitalised and continue under the leafy Garrison Lane. It will, in fact, run on for several hundred metres into what is now an exclusively road-served industrial estate. It also once served a coal concentration depot. Early proposals are now understood to be made to repurpose it for use as an aggregates delivery siding, balanced by spoil traffic on the way out.

In West Drayton, in the rather more industrial landscape to the north of Heathrow airport, there is further aggregates activity. Making use of the same branch line as the one delivering aviation fuel to the airport, Ashville Aggregates is making use of the rail facility at Thorney Mill. The company has a broad portfolio of commercial and retail activity and takes delivery of raw materials here.

Rail freight provides the supply backbone for all of London’s most significant infrastructure projects, but not all are immediately visible. While the likes of the Brent Cross redevelopment rank among the biggest projects in Europe, there are even greater projects going on underground. 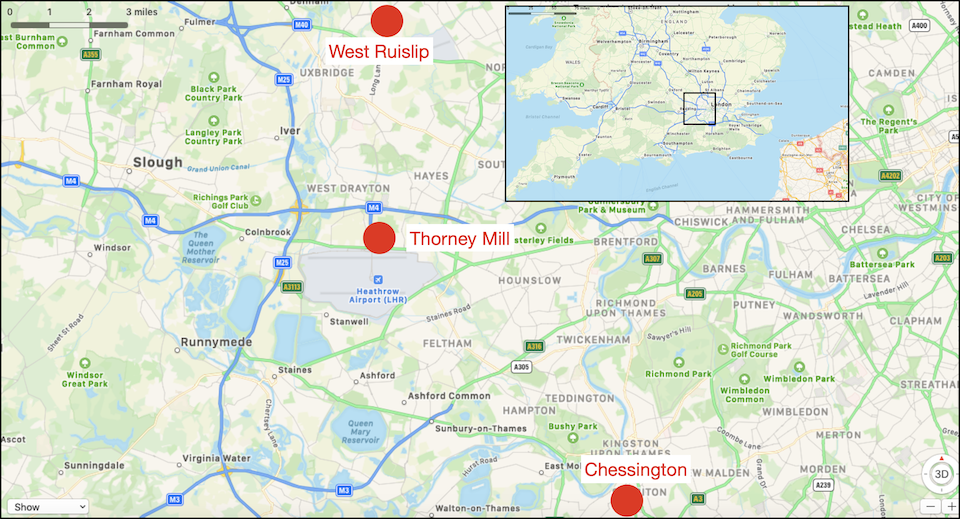 The biggest underground project with the lowest profile is undoubtedly the Thames Tideway. This cavernous new sewer system, the most radical updating the capital’s wastewater handling in a century, is a sixteen-mile (25km) tunnel, breaking cover in Stratford and keeping rail freight operators busy delivering tunnel sections and taking away spoil until 2025. However, even this project is about to be eclipsed.

Starting in West Ruislip, a destination familiar to commuters as the end of the Central Line on London’s Underground, the HS2 company will soon begin receiving construction tunnel segments at a new terminal, originally slated for operations from the end of January, although some observers say that may be a little optimistic.  Along with the recently delivered boring machines, they represent the start of a 26 mile (42km) complex of tunnels that will take the high-speed lines all the way into the subterranean platforms at Euston in central London. 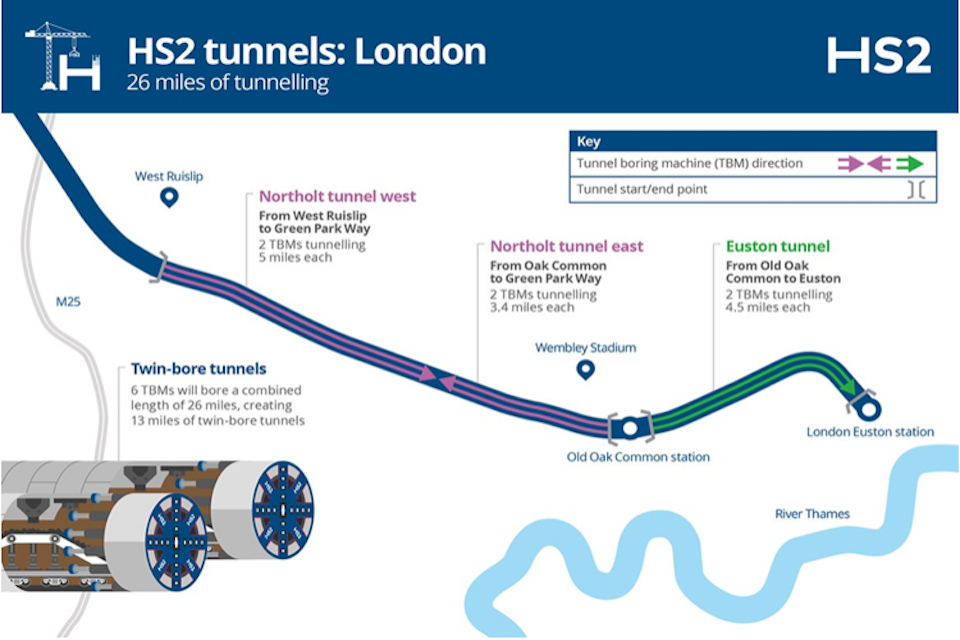 HS2 Limited is making extensive use of rail freight to support the huge construction effort. “We are serious about reducing the impact of construction on the local community and promoting sustainable construction methods”, said a company spokesman. “We’ve been working closely with freight operators for several years to make this possible and to deliver not only low carbon journeys for our passengers but also cut carbon in construction.”