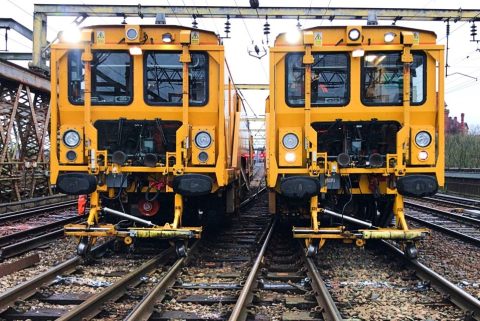 The UK infrastructure agency Network Rail has completed upgrades to the West Coast Main Line and associated routes between London Euston, the Midlands and the North West of England over the Christmas weekend. Further work is planned to support Europe’s busiest mixed-traffic route in the New Year week. Work includes signal upgrades at Birmingham New Street station and Macclesfield.

Engineering support provided from the rail freight sector also allowed the completion of platform extensions at intermediate stations between Wolverhampton and Telford. Track laying was undertaken as part of the East-West Rail project at Bletchley, where the new line intersects with West Coast Main Line intermediate services.

Hundreds of engineering personnel were out on the tracks while the rest of the country enjoyed an extended public holiday. “The schemes we have undertaken this Christmas were all critical pieces of work to make the railway better for the future”, said Tim Shoveller, managing director for Network Rail’s North West and Central Region.

“Our frontline workers have continued to work tirelessly to maintain and upgrade the railway”, added Shoveller. “This festive period has been no different, with hundreds of workers out delivering significant improvements, sometimes in very challenging weather conditions, across the North West and Central region.”

In the first week of 2022, attention turns to work designed to make Britain’s nineteenth-century railway fit for the twenty-first and beyond. New Year works will also mean delays and diversions for services. Between 4 -12 January, flood protection upgrades will improve future journeys between Milton Keynes and Rugby on the West Coast Main Line. The work will prevent heavy rain from flooding tracks, making the route more reliable for passengers and freight.

During the improvements, trains will be diverted via Northampton to bypass the 4km long trackside drainage upgrades. “This major work on the West Coast Main Line is vital to protect it from the risk of future flooding”, said James Dean, Network Rail’s West Coast South route director. “We always try to do our work with the least disruption possible, by using a diversionary route”, he added.