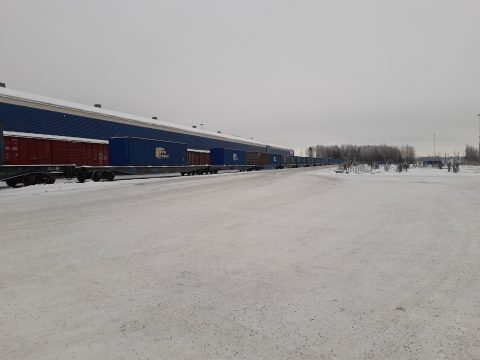 Kouvola RRT ready to change the logistical landscape in Scandinavia

The new rail and road intermodal terminal (RRT) in Kouvola, Finland, is almost ready for operations. The massive project is complete by 80 per cent and will be entirely constructed during 2022. The terminal will cover a 42-hectare area and will function as Finland’s first dry port.

Construction works at the site are currently in full steam. “The terminal platforms, more than a kilometre long, have been cast, the preparations for the tracks are underway, and next spring Finland’s largest asphalting job will start when the terminal field gets its asphalt surfacing. There is an area of almost 370,000 m2 to be paved,” explains Tero Valtonen, project manager Kouvola RRT.

One of the new terminal’s highlights will be the loading rail tracks. Specifically, they will be the longest in Finland, with a length of 1,100 metres. The tracks are also suitable for electric locomotives, while they facilitate the loading of trains without the need to divide them.

Of course, the terminal will be intermodal, meaning that it will be able to receive both trains and trucks. “The open-access terminal combines different modes of transport and can handle trains longer than one kilometre undivided. The 42-hectare logistics area will utilise new types of cargo handling methods, using robotics and digitalisation. In 2022, the Finnish Railways will build two new loading tracks in the terminal area,” adds Valtonen.

Moreover, the new terminal area will also be built in an environmentally friendly and material-efficient manner, using recycled materials. For instance, the project will use old asphalt from a nearby highway for the terminal’s asphalting. At the same time, the building of roads in the surrounding area will involve concrete from demolished buildings. Finally, almost all the aggregate needed for the project has been obtained from the construction site, bringing significant savings in costs. 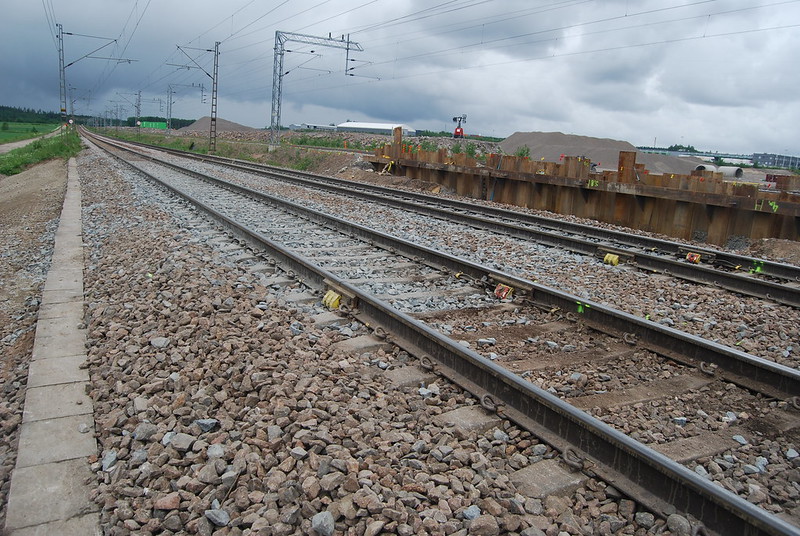 Eurasian crossroad in the making

Kouvola RRT has a uniquely advantageous position on the logistics map. It is in Finland, next to the border with Russia and operates with the same track gauge (1520mm), allowing flawless traffic between the two countries. From Russia, it is also possible to reach China and make Kouvola an intermodal hub of the New Silk Road. On top of that, the region is the only one in Finland allowing operations with axle weight up to 25 tonnes.

Kouvola is also Finland’s only railway and road terminal location that is part of the international core TEN-T transport network and an excellent location for domestic transport in Finland. The city has good connections to the ports of Vuosaari, HaminaKotka, Turku and Naantali, while goods flow smoothly to northern Finland and further to Sweden and Norway.