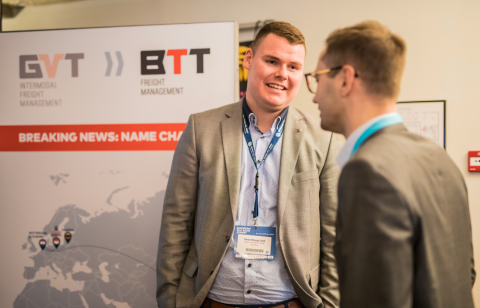 The Dutch logistics company GVT has announced a name change. Its international forwarding business will operate under the name BTT Freight Management from January next year. This was revealed during the European Silk Road Summit in Amsterdam, held on 7 & 8 December.

This name much more reflects the family business, explained Roland Verbraak, managing director of the company that now still operates as GVT Logistics. This family business, once started by Will Versteijnen, is called BTT. “To emphasise where GVT belongs to, the company has decided for the name change.”

As BTT, the logistics firm from the southern city of Tilburg will launch a few new services next year, but those are still to be announced, Verbraak said on the sidelines of the conference.

He did mention that the new service between Rotterdam and Moscow that was launched by Smartcontainer and Ruscon in October, may also get a stopover at Rzepin, in western Poland.

“This is something we are interested in as partners of this service. We say that there is a large demand for fashion items from the Netherlands in this region, and we already operate a terminal there. We are working to make this happen next year.”