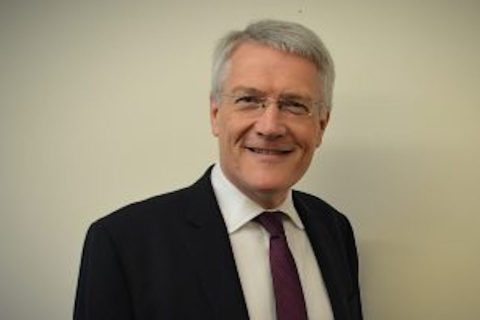 About the positives of UK’s new government plan for rail

Rail freight has been let down in the past, argues one-time rail minister Andrew Jones. He is now member of parliament for Harrogate and Knaresborough, two communities that were left out of the revised plans for high-speed rail in the UK. However, the politician broadly welcomes the improvements he says will come to east-west freight traffic under the revised proposals. The new ‘Integrated Rail Plan’ will, he believes, deliver improvements for trans-Pennine freight services – a view not necessarily shared elsewhere.

The locally-raised MP has told local media that the 96 billion pound (108 billion euro) investment will be a big win, that would deliver benefits ten years earlier than the original plan to build a high-speed line between Birmingham, Sheffield and Leeds; and a high-speed line across the north of England, from Liverpool and Manchester to Leeds and the East Coast Main Line. However, critics say the investment was already planned, it is not new money, and the new plans will, in fact, reduce the capacity for local trains and freight paths.

Andrew Jones is a member of the ruling Conservative Party and was the Rail Minister in an earlier government. He is the standing co-chair of the Transport Across The North All Party Parliament Group, a dedicated cross-party forum to promote discussion and investment in all modes of transport across the North of England. In September, he urged the government to deliver the HS2 Eastern Leg – which would have reached Leeds, only a few miles from his constituency.

“I asked about that in the House of Commons”, he told the Harrogate Advertiser newspaper. “HS2 would not have reached Leeds until the 2040s. These proposals deliver benefits ten years earlier than that. That is good for the levelling up agenda but especially positive for our environment. The plans deliver a range of benefits for the north – benefits in terms of new lines, increased capacity and improved journey times.”

However, a battalion of influential voices has rallied against the views of Jones. Former UK Chancellor and newspaper editor George Osborne, who now splits his team between the lobby group Northern Powerhouse Partnership and investment banking, expects the government to change its mind on scrapping the Eastern Leg.

Urging that course of action, a coalition of civic leaders issued a statement, urging a rethink too. Andy Burnham, the outspoken elected mayor of Greater Manchester, said history would not look kindly on the Transport board for the north if it just accepted that this was all the north was going to get. “We have been discussing these proposals for years and what we got was a different solution imposed on us without discussion”, he said.

Andrew Jones, though, saw positives in the Integrated Rail Plan. “Rail freight has sometimes been a second-tier priority for the railways, but the new transpennine plan has improved clearances. That may not sound much, but bigger containers will be able to use the route. It is something the rail freight industry has long called for and will take thousands of HGVs [heavy goods vehicles] off the M62 [east-west motorway connecting Leeds, Manchester and Liverpool]. I believe the east-west plans in the north are excellent for both people and freight.”