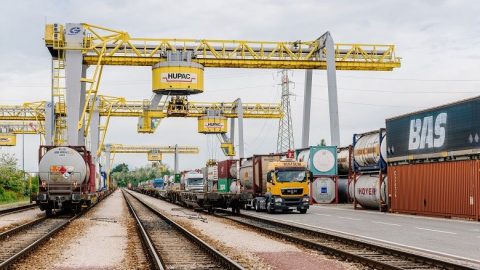 In December, Hupac will launch a new connection between Venlo in the Netherlands and Busto Arsizio in Italy. It will be a direct connection, linking two logistics hubs on the Rhine Alpine corridor.

Starting from 13 December 2021, our Shuttle Net will be offering a new solution for fast and green intermodal transportation: a daily connection between Venlo in the Netherlands and Busto Arsizio near Milano”, announced Hupac on Monday. The service will run five times per week in both directions and is suitable for semi-trailers P400.

New hub in the network

Busto Arsizio is a home base of the operator, which not only runs many trains to the Italian hub but also operates a terminal here. Already many connections were launched to and from the terminal, but the connection to Venlo is new.

“Venlo provides the ideal coverage of the area including Limburg in the Netherlands and North-Rhine-Westphalia in Germany, Hupac points out. At the same time, from Busto Arsizio connections are available to the Italians hubs Bologna, Pomezia, Bari and the Spanish Barcelona.