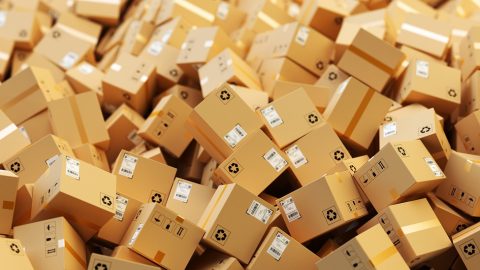 DB Cargo and DHL want to transport more parcels by rail. Their cooperation is to be expanded both in terms of transported cargo by trains and network connections. So far, 2 per cent of DHL’s parcels in Germany are travelling on freight trains. The goal is to achieve a tenfold increase of this percentage.

The two companies have a long-standing cooperation counting 21 years of parcels on trains. The first parcel train rolled out in 2000 and ran on the north-south axis in Germany. Since then, the partners have established twenty more connections, while DHL is working hard on making its parcel centres directly accessible by rail.

Since April 2021 alone, DHL and DB cargo have launched seven new rail freight connections in the German network. As DB Cargo’s CEO, Sigrid Nikutta, mentioned, each train carries around 100,000 parcels on every trip. Imagine the dynamic of such a solution when it comes to decarbonising the supply chain and specifically e-commerce which is a trending business segment.

If the impact can be so significant with only 2 per cent of DHL’s parcels transported by rail, what could happen if the two companies implement their mid and long-term plans? Specifically, the two partners aim to grow these numbers from 2 per cent to 6 per cent in the mid-term and 20 per cent in the long-term. This is a tenfold increase, and, understandably, it will impact DHL’s carbon footprint.

Expanding out of borders

On top of that, it seems that the 20 trains connecting German destinations almost daily are not enough for DHL and DB Cargo. Last week, representatives of the two companies met in the Czech Republic and discussed the possibility to launch a dedicated corridor between Germany and Czechia.

The development of this project is still at a very initial stage. However, it opens new possibilities for cargo flows between the two countries by utilising DHL’s warehousing and DB’s existing network. Moreover, since both companies are active on the new Silk Road, could the connection with Czechia open new ways towards the east?