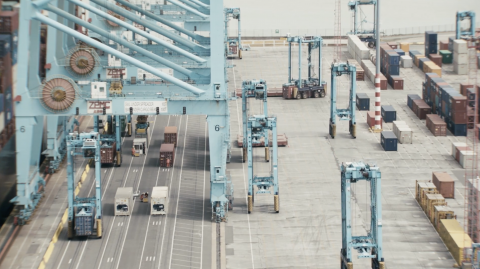 The port of Zeebrugge aims to expand its inland connections to France. A new direct rail freight connection to Marseille in the country’s southern end is currently under serious consideration.

The Belgian port has set clear goals concerning rail freight. It wants to make it the primary mode of its inland transport operations and use it to handle 20 per cent of its cargo until 2030. As for France, the port of Zeebrugge already has sufficient links to destinations such as Dourges, Strasbourg and Lauterbourg. However, a direct connection to Marseille is not far from being realised since the “volumes are there”, explains Philippe Le Petit, the port’s representative in France.

From indirect to direct connection

Since 2019 the port of Zeebrugge has had a frequent connection with Dourges in north-eastern France operated by Novatrans. Strasbourg is also a critical destination served daily since last July, under the synergy of Naviland and Lineas. As for Lautenbourg, positioned northern from Strasbourg, its connections with Zeebrugge include barge and rail freight links.

All French destinations are important for Zeebrugge’s inland connectivity, explains Le Petit. “However, with Dourges, we have access to Lyon and Marseille, with cargo distributed by CMA CGM,” says Le Petit. “On paper, we have a rail connection with Lyon and Marseille, but now we are in the design phase of a direct link between the port of Zeebrugge and the French Mediterranean port since the existing volumes allow the redevelopment of rail products,” he adds.

“French rail infrastructure has been an issue”

During the last few years, the situation in France has not been in favour of rail freight, and, as a result, the port of Zeebrugge struggled a bit to expand its services. “France has put a massive amount of energy into passenger rail transport, to the detriment of freight. Solutions were sought to get trucks off the road, but the rail infrastructure is outdated,” narrates Le Petit.

The news concerning the French national plan to develop rail freight and upgrade and expand the railway infrastructure must have sounded like music to the ears of the port’s executives. The same applies to the cooperation between SNCF Réseau and VNF, who want to work together and strengthen operational complementarity between rail and river networks to enhance the modal shift. Since the port of Zeebrugge also faced some limitations with barge transport, the latest developments and joint investments seem to fit its expansion plans.