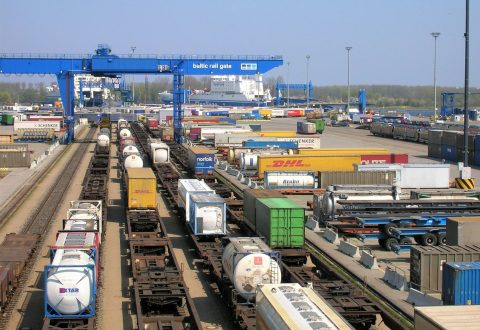 Hupac has added another departure to its Lübeck-Novara shuttle. The service now runs twice per week in both directions, linking the north of Italy with the German seaport. Via the port, onward connections to Scandinavia are available.

“We are connecting Scandinavia to Italy the green way: we are enforcing our intermodal service between Lübeck Travemünde and Novara plus ongoing connections to south Italy”, Hupac announced this week. The first additional departure in northward direction departed on Tuesday 5 October. Today, Thursday 7 October, a train leaves the German port of Lübeck for the Italian hub.

From hub to hub

Both destinations are important nodes in the network of the intermodal operator. Lübeck is situated on the Baltic Sea. There are various short-sea connections to and from Scandinavia, as well as to the Baltic states. A lot of these volumes are reloaded on the train to continue the journey to the final customer.

Novara is another hub on the network of Hupac. Situated in industrial northern Italy, it serves as a consolidation point for Italian traffic flows. For example, it links to Bari and Pescara in the south of Italy, and to German cities as Hannover, Karlsruhe and Köln, apart from Rotterdam and Zeebrugge. 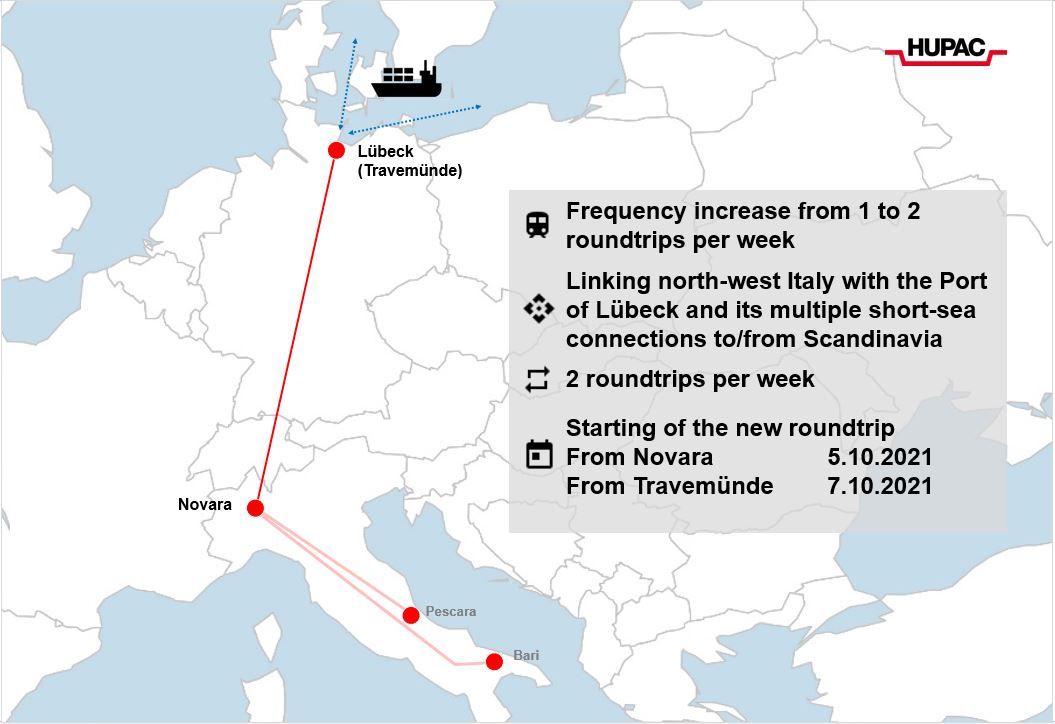