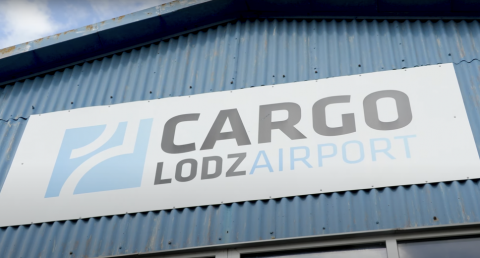 Łódź Airport, a logistics hub in the making

The International Łódź Airport wants to expand its services and become a logistics hub for central Europe. It’s home to a vast infrastructure that can extend more and acquire rail and road links. If Łódź Airport succeeds, how could this benefit rail freight?

Most importantly, though, during the first day of the event, attendees will have the chance to participate in a site visit at Łódź Airport where they will tour around the facilities, learn more about the expansion plans, and, why not, add the airport to their logistics networks. Make sure you book a seat for a visit here.

Łódź Airport is very close to the city centre of Łódź, which is located right at the heart of Poland. As mentioned, the airport’s facilities cover a massive area that provides the needed infrastructure for a logistics hub. The airport wants to expand its warehousing options by building a new warehouse. Additionally, it aims to improve its connectivity and rail will play a prominent role in that.

Without changing its air transport profile, Łódź Airport wants to enhance the benefits of rail and acquire its own rail tracks that will connect it with the main railway network. In this way, imported or exported cargo will tranship from air to rail and vice versa before continuing its trip. Companies using rail in the region could highly benefit from that, while from an environmental perspective, the airport would use fewer trucks to distribute cargo to other destinations.

With new rail freight terminals in the pipeline and the airport acquiring rail access, Łódź could also become the new Polish rail hub. Its position right at the heart of the country can seamlessly provide accessibility to the east-west and north-south axes. Soon, the Polish city could star in European rail freight transport and maybe on the way towards China.

A new Liege in the making?

It’s almost a year ago since we visited Liège Airport and discussed how the air and rail cooperation is paying off, making the Belgian city a transport hub. The aspirations of Łódź resemble pretty much those of Liège. Representatives from the airport and the rail terminals near it had explained to RailFreight.com how rail and air share the “growing pie” of transport volumes in Liège.

Łódź seems to be following the same model. By combining the strengths of different modalities, it wants to become a new transport crossroad. The potential is there; the infrastructure and location are ideal, and what remains now is to start implementing the expansion plans at the airport that will also let rail freight grow.

You can also watch the video from RailFreight’s road trip to Poland where we also met with Anna Midera and discussed the airport expansion plans and the potential of Łódź.