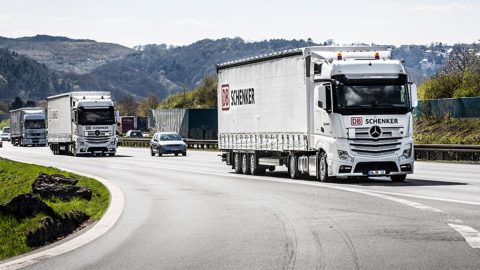 DB Schenker next in DSV’s wishlist

After the successful acquisition of Agility this week, DSV is now turning its attention to an even bigger chunk of global logistics. It possibly wants to take over DB Schenker, the logistics showpiece of the Deutsche Bahn.

This was indicated by financial chief Jens Lund of the Danish giant on Monday in an interview with the trade magazine ShippingWatch. If DB Schenker is put up for sale, DSV would like to start a conversation about it, says Lund. A clear message to German politicians, which have been arguing for years about whether or not to divest Schenker in order to reduce the debt burden of the state-owned company DB.

Not so long ago, the top of DB announced at the presentation of the half-year figures that Schenker was not for sale. But with the increasing debts of the railway company, including the heavily loss-making subsidiary DB Cargo, the pressure to sell the profitable parts of the group, really only Schenker, is increasing again. In addition, German parliamentary elections will be held in September, after which a possible sale of Schenker will certainly be back on the political agenda.

In May of this year, DSV was already mentioned in the German media as a possible candidate for a takeover of Schenker, which according to analysts represents a book value of about 8 to 10 billion euros. At the time, the company declined to comment. DSV then also had its hands full with the announced acquisition of Agility (3.2 billion euros). That purchase was approved by the European Commission this week, allowing DSV to complete its second major acquisition within three years, including the previous purchase of Panalpina.