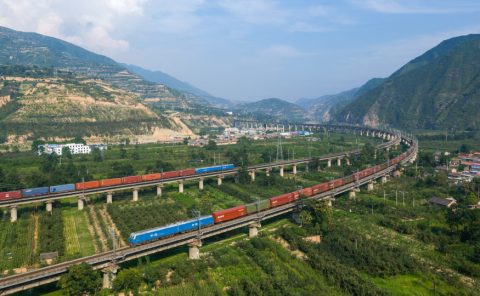 On 15 August, three persons were tested positive with COVID-19 in ​​Alashankou, the Chinese side of the main border crossing with Kazakhstan. Cases of infection are alerting news in China and in some cases treated with far-reaching measures. However, up till this point, rail freight operations have continued as usual, an insider has told RailFreight.cn.

The local area was quickly subjected to disinfection procedures and further investigation. However, “Alashankou Port is still receiving and dispatching China-Europe Express trains, and the efficiency of the border point has not been reduced at present”, the insider said. “Nevertheless, the epidemic may alter the confidence of logistics companies in rail”, he added.

The case of Alashankou is dfferent from what is currently happening in Ningbo, a port on the Chinese east coast. The port authorities of Ningbo (shut down the Meishan container terminal on 11 September because a 34-year-old dock worker was tested positive with corona. The terminal is set to reopen on 1 September, but caused a considerable backlog of shipping traffic. The shutdown prevented an outbreak of the coronavirus in the important region, the Chinese authorities have explained.

No impact on Alashankou

A shutdown of this sort is not needed in Alashankou, according to people familiar with the port. The China-Europe Express is a prioritised part of the supply chain,and as such it receives extra care. Besides that, all the customs clearance procedures have been transferred to the internet, so there is no physical customs procedure at the border, the explanation can be summarised.

The border point is however also a point of transhipment, as there is a change of gauge. But, the insiders explained, westbound trains are usually reloaded on the Kazakh side of the border, in Dostyk. And, since this year, eastbound trains are also reloaded on the Kazakh side, so the efficiency of this procedure has not been impacted. This has been confirmed to RailFreight.cn by several operators.

“Of course, some companies may choose other routes to avoid possible risks. But Alashankou Port is capable of overcoming this difficulty”, the source said. Indeed, the number of China-Europe trains handled by Alashankou increased throughout the pandemic. According to recent customs data, from January to July this year, the port handled a total of 3,561 trains, recording seven consecutive months of growth.

Although the customs clearance efficiency of Alashankou has improved over the years, the soaring volumes of Eurasian traffic and additional prevention measures have caused congestion at the border point, which has led many operators to look for alternative border crossings or routes. In order to alleviate congestion, China Railway is regularly prioritising China-Europe trains. For example, from 16 August till 31 August, only China-Europe trains may pass the border, all other traffic is diverted or stopped.

For Kazakhstan, congestion at the border point has brought huge losses. This is especially true for cargo transported in open wagons, as container transport is prioritised. According to the Kazakhstan Business Investment Platform, in the past eight months, owners of open wagons lost more than 13.12 million euros, As Kazakhstan is facing a serious shortage of containers, it is not able to male a switch to container transportation to reduce congestion and delays. 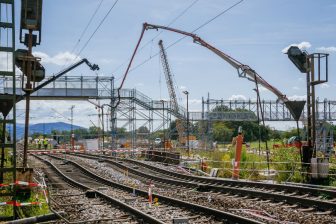