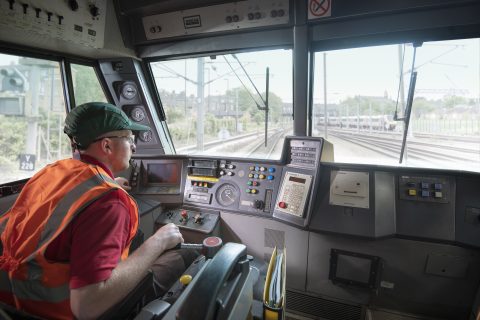 Strike in Germany over, consequences will persist for days

UPDATE – GDL’s strike in Germany ended yesterday night at 2 a.m. DB Cargo’s trains will be able to run again as soon as possible. However, the impact of the 190 grounded trains during the last couple of days will be felt for a longer period of time.

DB Cargo’s operations have been paralysed since the strike started on Tuesday, 11 August. The company struggled to keep crucial supply chains running and cooperated with other operators to take over the trains. Nevertheless, the majority of services was put at a standstill affecting both national and international traffic.

The strike affected mainly the connections to Poland and the Czech Republic, while disturbances in Mannheim also posed problems for traffic to and from Switzerland and Italy.

Since Germany is a Eurasian traffic node, the drivers’ and infrastructure workers’ strike also affected traffic along the New Silk Road. For Instance, the train running from China to Tilburg, in the Netherlands, could not cross Germany and reach its final destination. Most probably, other China-Europe trains also faced the same issue.

Delays and cancellations of trains in Germany seriously impacted traffic to and from the Netherlands. As Jelle Rebbers, spokesperson of DB Cargo the Netherlands, explained to Spoorpro.com, trains crossing the Dutch-German border “usually make it until Rotterdam before turning around and drive back to Germany”.

This was not the case during the strike. Even though many trains were running, there was still substantial disturbance observed. Rotterdam, however, might experience even more nuisance. Due to planned works at the Waalhaven Zuid yard, the RSC terminal in Rotterdam experiences, since yesterday afternoon (12 August), interruptions in traffic that cause delays. In combination with the strike’s impact, the burden could become even heavier.

The effect of the strike in Germany is significant. Especially in the east and south-west of Germany, strikes impact rail operations. This has consequences for all rail freight traffic to Poland and the Czech Republic, but also to Switzerland and Italy. Mannheim is an important hub here, also for traffic to and from the Netherlands. Furthermore, due to train failures, traffic from China cannot go to Tilburg, for example.

This was explained by Jelle Rebbers, spokesperson of DB Cargo the Netherlands to Spoorpro.com. According to him, delays and cancellations of trains in Germany especially disturb the tight schedule for DB Cargo locomotives. “Normally, our locomotives continue as far as Rotterdam and then turn around and drive back to Germany. That circulation is now seriously disrupted.” Rebbers cannot say exactly how many freight trains from DB Cargo are canceled in the Netherlands. “The majority are driving, but there is a serious disruption, yes.”

The train drivers strike ongoing in Germany has hit rail freight operations. Currently, 190 freight trains are at a standstill. DB Cargo tries to, at least, keep running the trains that are crucial for supplying power plants and industrial sites.

DB Cargo openly expressed fears that GDL’s strike could have devastating effects on the global supply chain. Germany is a European rail freight hub connecting the whole continent and a knot for intercontinental traffic, either from China or other destinations through the German ports.

Moreover, the strike that could continue after Friday 13 August might have more long-term effects, with customers shifting to road haulage to transport their cargo. In any case, leaving the nature of the dispute between DB and GDL aside, the strike itself could become the Suez Canal of rail freight transport.

Cooperation with other companies

Currently, 190 trains are immobilised in Germany, with the strike effects having a nationwide character. Nevertheless, DB Cargo struggles to keep trains moving as much as possible. Its first target under these circumstances is to keep the disturbances on the supply chains of industrial sites and power plants to a minimum.

For this reason, the company is cooperating with German private rail companies or companies from other countries to secure the operation of trains where possible.

Read more about the strike: