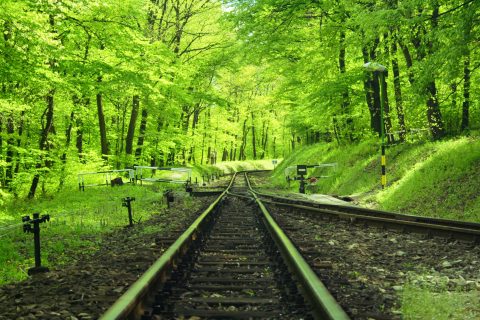 Deutsche Bahn will revive 20 lines with a total of 245 kilometres of track. “Every kilometre of track is active climate protection”, says DB Network Board Member Jens Bergmann. On Tuesday, 22 June, Deutsche Bahn presented its plans at a joint press conference with the industry associations Allianz pro Schiene and the Association of German Transport Companies (VDV) in Berlin.

The routes are the first part of previously closed routes, on which freight, but also passenger, traffic will be back in the future. In the past few months, a DB team of experts identified a route portfolio throughout Germany with a total length of around 1,300 kilometres for which there is traffic potential. For a large part, it is worthwhile to restart the system after weighing up the costs and benefits, according to the state operator.

“Together with the federal states and the responsible authorities, we will bring disused routes back to life”, says Jens Bergmann, Board Member for Infrastructure Planning and Projects at DB Netz. “We are initially tackling 20 routes nationwide, with further connections to follow in the coming years. Our goal: We want to get more goods onto the rail and attract more people to the railways. Every kilometre of track is active climate protection.” Recently, DB moved forward their goal to become climate neutral within 10 years until 2040.

The federal, state and regional authorities together with DB decide on route reactivation. Analysis and evaluation of the potential routes were carried out in close collaboration with the partners. DB continues to advise on feasibility studies and planning, including revitalising routes that belong to others. These make up almost two-thirds of the identified routes.

“The reactivation of disused routes stands for the comeback of rail in the area and thus for a more climate-friendly transport mix,” says Dirk Flege, Managing Director of Allianz pro Schiene. He calls on the next federal government to lower the hurdles for further reactivations. “The previous evaluation criteria ignore the social aspects of a rail connection and take too little into account the environmental advantages of rail transport.”

Martin Henke, VDV Managing Director Railway: “The decision of DB AG to take another step towards developing the area and thus expanding the network after decades of withdrawal is historic. The Federal Government has created good conditions for this with the new Municipal Transport Financing Act. Still, it must now also adapt the outdated conditions of the ‘Standardized Assessment’ of such projects.”

The map below shows the routes that DB plans to reactivate. 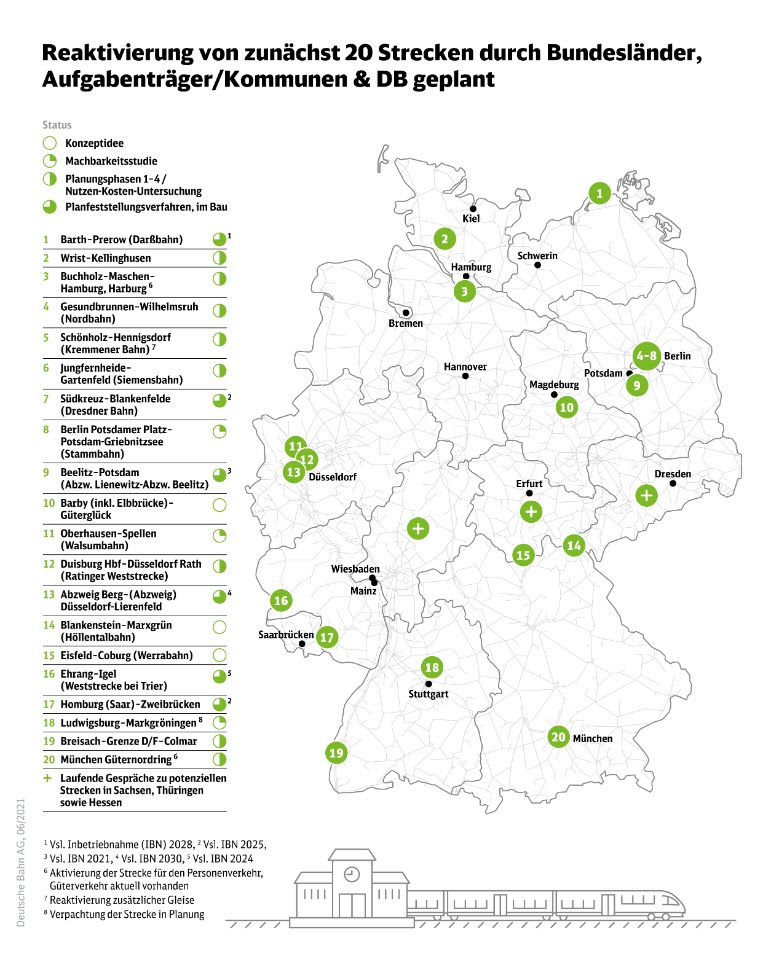