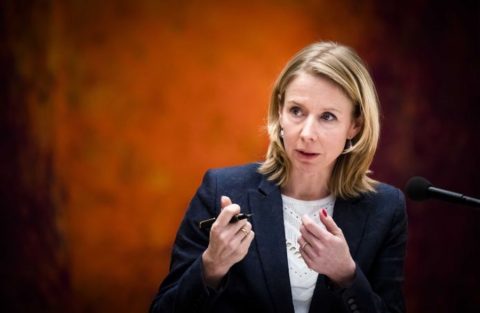 The Dutch infrastructure pricing regime is under examination. Track access charges in the Netherlands are way higher compared to Germany. Simultaneously, rail is more expensive than road transport. These differences hinder a level playing field for rail freight between the two countries, but they also delay the modal shift from road to rail.

During a parliamentary debate, the VVD party mentioned that the pricing difference between Dutch and German track access charges and between road-rail creates inequality and not the conditions for the modal shift.

In response, the Dutch State Secretary for Infrastructure and Water Management, Stientje van Veldhoven, promised to write a letter to the House of Representatives, explaining the differences in track access charges between countries and how they build up.

While Germany decided to almost nullify the country’s track access charges until the end of 2021, this is not the case in the Netherlands. Apart from that, the two countries already had considerable differences in the way they charge for infrastructure usage, with the Netherlands being more expensive. “You cannot say that you are aware of what happens in neighbouring countries or that you cooperate with Germany and still maintain such a pricing difference”, says Hans-Willem Vroon, director of Dutch interest group RailGood.

“The government spends money in subsidies of nearly 3 million euros per year to motivate companies and shift from road to rail, but is this what we need?” he wonders. First and foremost, the Netherlands need to create a better environment for existing rail freight companies and the infrastructure. This means that track access charges should reduce, the railway network and system should be harmonised with Germany’s, for instance, and the capacities should also grow, he adds.

Subsidising for the modal shift without providing palpable solutions to burning issues like the price difference between road and rail will not work. According to Vroon, the only solution would be the Dutch rail sector becoming more competitive and attractive.

Call to the new cabinet

RailGood also sent an official letter to Mariëtte Hamer, who will be responsible for forming the new cabinet of the Netherlands. The organisation asked the government on behalf of companies like LTE Netherlands, Captrain Netherlands, Lineas and SBB Cargo International to “finally let the Dutch rail freight grow”.

Specifically, it pointed out five pillars for this to happen: