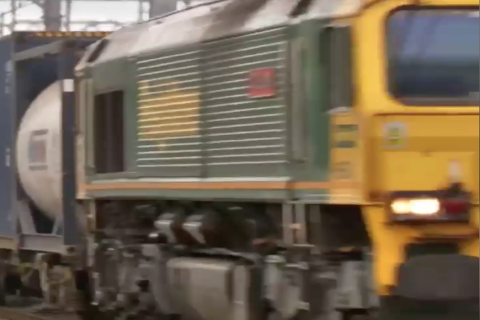 The official UK government figures, issued by the Office of Rail and Road, show expected retrenchment in rail freight activity. Much of that is attributed directly to the pandemic. Consequently, signs of recovery are there, and beginning to show through. That has given some confidence to the sector, implying that the strong performance during the pandemic can be continued into the long term.

The quarterly indicators from the Office of Rail and Road give cause for a degree of optimism in the rail freight sector. Indices suppressed by the pandemic are rebounding strongly, and initiatives in efficiency and capacity growth are paying dividends. Coupled with consumer confidence, and reported new business, operators across the country are gearing up for further improvements in 2021.

Recovery ahead of wider economic upturn

After a year of uncertainty and predominantly bad news, suppressed commercial performance has shown robust signs of recovery. Although freight moved in 2020-21 fell by 8.6 per cent compared with 2019-20, that was driven by a 17.2 per cent reduction in volumes during the first six months of 2020-21. The second half of the year (October 2020 to March 2021) saw an increase of 0.5 per cent compared with the same period in 2019-20. 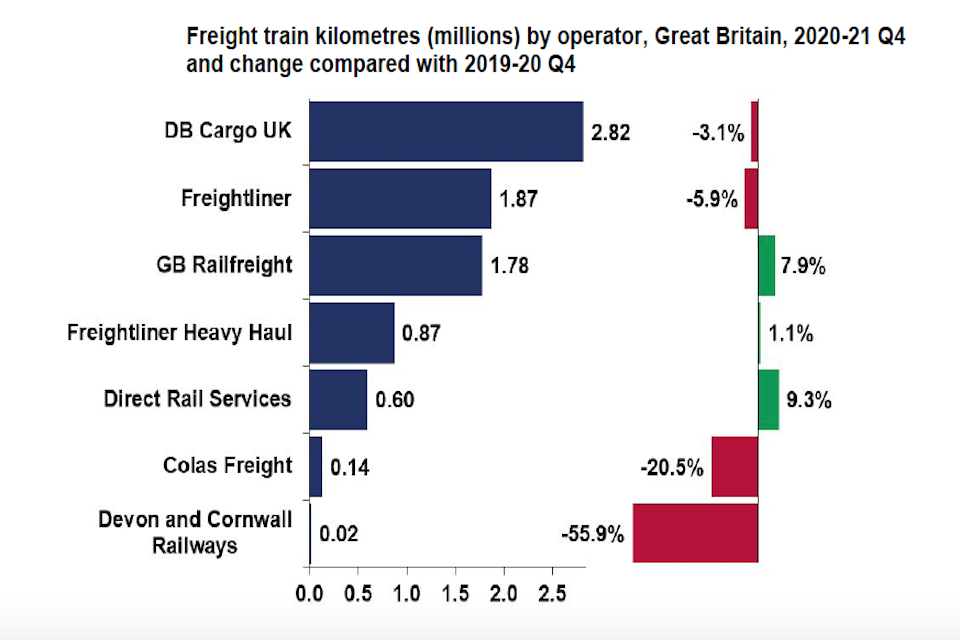 The overall economic picture in the UK has been less than favourable during the period of survey. Suppressed retail activity has impacted consumer demand, and consequently flows – principally intermodal. However, rail freight reliability has encouraged a degree of modal shift, and other sectors – particularly construction – have been experiencing something of a boom. That has translated into an improvement in tonnage lifted.

Punctuality during the national lockdowns, and overall while the passenger timetable has been suppressed, improved greatly. Encouragingly, that trend has endured. The proportion of freight trains arriving within 15 minutes of booked arrival time, as measured by the ORR’s Freight Delivery Metric, reached 95.2 per cent in 2020-21. That represents the highest level of punctuality achieved since the ORR “time” series began in 2012-13. 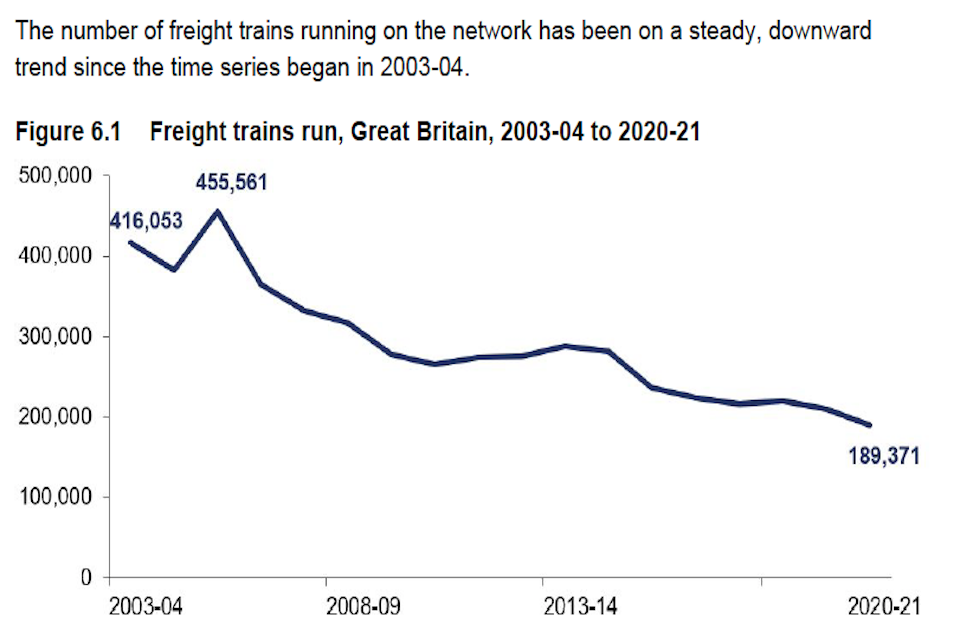 However, there is plenty of scope for improvement, particularly in modal shift, a trend noted elsewhere in Europe too. During 2019, 4.6 per cent of all freight lifted in Great Britain was transported by rail. This represented the lowest share of the freight lifted market since the start of the time series in 1998. Heavy goods vehicle road freight (HGV) accounted for 89.4 per cent of the freight lifted market. The market share for freight moved by rail was 8.6 per cent in 2019, the lowest proportion recorded since 2003. HGVs had a market share of 78.5 per cent.

Mentioned in conjunction with the quarterly review, Trains of up to half a mile long are helping the rail freight industry deliver more goods for consumers and reduce UK carbon emissions. This is in part attributed to a programme of improvements, initiated by Network Rail, designed to improve capacity and efficiency.

“Since the start of 2020, Network Rail and rail freight operators have collaborated to allow freight trains to move more goods each time they run, and to operate more efficiently on the network”, said the infrastructure management agency. “With reduced demand for passenger travel, trains have been rescheduled to make better use of network capacity, unlocking benefits for rail freight customers and the UK economy.” A combination of these factors contributed to the number of freight train movements across Great Britain in 2020-21 falling by 9.6 per cent compared with the previous year. Similarly, freight train kilometres decreased by 9.9 per cent compared with 2019-20. Great Britain refers to England, Wales and Scotland. At present there is no rail freight activity in Northern Ireland.