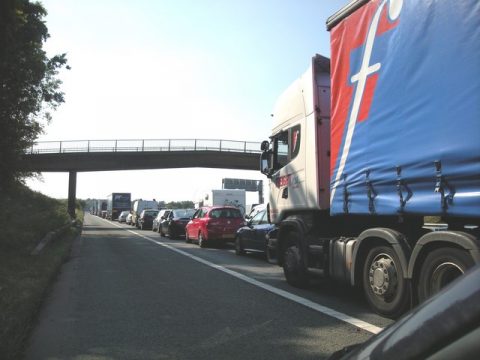 The Danish trade association Danske Vognmænd (DTL) welcomed the decision. It firmly believes that it will end the transport market’s distortion caused by cheaper non-national operators. UIRR did not have the same reaction. In the association’s opinion, this move undermines combined transport and decarbonisation objectives on a European level.

The Danish Minister of Transport, Benny Engelbrecht, said to Danish media that the decision does not stem from solid evidence that short road transport causes problems. Instead, he mentioned that the measures’ character is preventive. After all, he underlined that he found himself in a “green dilemma” when concluding towards the limitations. That was so because the EU promotes combined transport as a more climate-friendly solution. However, the new regulations will make it less attractive in Denmark. Engelbrecht is still positive, though, that this development will lead more cargo onto rail tracks.

The European Parliament adopted Mobility Package I in July 2020. It includes rules that concern drivers’ working conditions, rules for drivers in international transport, and updated provisions regarding access to the haulage market. However, it also provides the chance to the EU Member States to suspend Article 4 of the Combined Transport directive in their territories. This practically means that short-distance trucking prices could double-a catastrophic consequence for combined transport that relies on them.

Denmark is utilising the suspension option that it has not to increase prices but to limit short-distance trucking. Understandably, EU law does not forbid this act. However, allowing it contradicts the objectives of promoting combined transport and reaching decarbonisation in mobility.

Adopting Mobility Package I did not come effortlessly. Fifteen European countries filed lawsuits to the European Court of Justice to prevent parts of the legislative package like the suspension of Article 4. Most of them were from Eastern Europe and included Lithuania, Romania, Bulgaria, Cyprus, Poland and Hungary.

The International Union for Road-Rail Combined Transport (UIRR) UIRR conducted a study to assess where and how Mobility Package I could impact combined transport. The key takeaways from the assessment were nothing but ominous. If the Member States used their ability to suspend Article 4, the results could impact both costs and capacities of Combined Transport.

Moreover, they could undermine its competitive position due to the boost of long-distance road haulage. Finally, and even worse, implementing such policies could reverse the modal shift from rail to road, since combined transport’s volumes would drop significantly. Later, the EU Commission confirmed these findings through its own targeted impact assessment study. Nevertheless, the warnings did not seem to have a result, and countries are already using their right to restrict the road leg of combined transport. The industry’s objective is to move quickly and decisively at the moment and prevent any further harm.