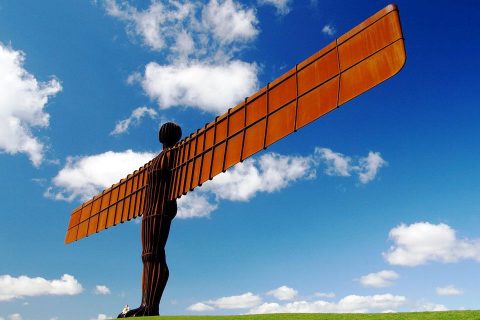 A mothballed North East England line, adding freight capacity to the East Coast Main Line, is under scrutiny for reopening. The Leamside Line, running from Gateshead just south of Newcastle, to Tursdale, just south of Durham, was last used commercially in 1991. It was originally built to serve coal mining facilities in the region, but has since been officially off the network. Local politicians say the line would serve communities including Washington, a planned city of over 70,000 inhabitants with a significant industrial base.

Lobby groups have pursued reopening of the Leamside Line for decades, but now political will is growing behind the project. With the UK government committed to several initiatives which favour reopening, local transport chiefs have been making the case too. The government in London has pledged to improve economic activity in the north of England, with its ‘levelling up’ plan. They have also committed to a programme of rail reopening, to reverse a radical rationalisation of the 1960s. In addition, the climate change agenda is encouraging greener economic initiatives, including a shift to rail, particularly for heavy goods and logistics operations.

Freight operators have been taking note of developments in the North East of England, with particular note of the reopening to passenger traffic of the Ashington branch, which in part will share capacity with bulk freight traffic from Blyth, a port which has regular flows to and from Scotland, carrying gypsum for the aluminium and paper industries. Note has also been made of long-term plans for the wide-ranging HS2 project. These include faster traffic on the East Coast Main Line (ECML), serving Newcastle. Those services would require additional capacity on a particularly busy mixed-use section of the route, and the option to divert away from the main line is being considered as a valuable additional benefit.

The member of Parliament for the area, Washington and Sunderland West Labour MP Sharon Hodgson, manages a petition to reopen the line, and emphasises the mixed traffic benefits. “There is a wide recognition that East Coast Main Line linking Edinburgh to London, needs increased capacity between Northallerton and Newcastle”, she says. “The effective solution being pushed by many transport organisations, MPs, and community groups across the North East is to re-open the Leamside Line. The railway line could take freight and local rail services if it were successfully reopened.”

Hopes have risen with the recent announcement of another reopening in the region. The planned reinstatement of passenger services on the freight-only Blyth and Ashington line, to the north of Newcastle, was made earlier this year. That comes at the same time as a major revamp is getting underway for the Tyne and Wear Metro system, which uses many parts of the former passenger and freight network around the region.

The influential nationwide lobby group, Railfuture, have already identified the freight potential for the route. “Re-opening the twenty-one mile line would also free up capacity on the ECML, by providing an alternative freight route, and would also offer the diversion route required when there are problems on the mainline”, they say. “This re-opening would provide new paths for additional local rail services. The package could be completed by opening a station at Ferryhill, providing new employment and social opportunities to people living in this part of the former Durham Coalfield.”