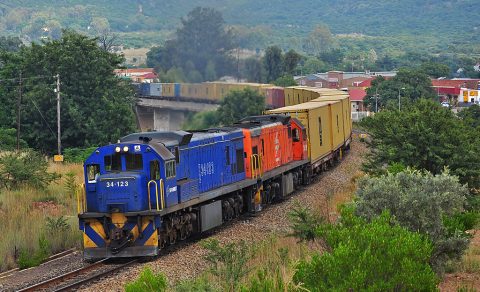 Despite rail being its logistics and supply chain backbone for decades now, South Africa hasn’t paid enough attention to it. The African state has to deal with an obsolete rail infrastructure that has been neglected for years. Consequently, it is probably the right time to introduce third-parties to its railway network, according to Mesela Nhlapo, CEO of the African Rail Industry Association (ARIA).

In fact, in October 2020, the South African government introduced the Economic Reconstruction and Recovery Plan (ERRP), intending to reactivate the country’s economy. As South Africa’s Finance Minister, Tito Mboweni, underlined back then, “rail has supported the economy for decades. With infrastructure needing repairs or replacement, partnerships with the private sector and other players are critical”.

Rail seems to have the central role in reviving the economy, but with a fresh approach: it is the first time that the rail industry, government, and the private finance community will come together and explore new opportunities and projects.

Mesela Nhlapo strongly believes that “the case for rail is clear and compelling”. According to ARIA, rail freight remains the most viable option in transporting the most traditional cargo types like grain, automotive components, car units and minerals. Moreover, it recognises rail’s characteristics that compile its main agenda for the modal shift: reduced road traffic and less CO2 emissions.

Simultaneously, ARIA also recognises that these characteristics have been overlooked over the years, with South African rail infrastructure left neglected and unmaintained. “It has lagged in areas such as energy, which has seen the construction of new power stations, and has had to compete with other infrastructure sectors for investment”, comments Nhlapo.

However, this situation does not derive simply from governmental neglect. The country’s whole rail sector could pay more attention to these issues and not let them reach a point without return. Yet, there is still time for improvements and for South Africa to reach its full potential in rail freight transport.

Back in 2015, South Africa was identified as a manufacturing hub for railway and rolling stock equipment. Later, the formation and operationalisation of the African Continental Free Trade Agreement (AfCFTA) brought the need for a vibrant rail sector to the spotlight. “It is time for us to truly lead”, comments Nhala.

For this reason, ARIA proposes the creation of the Rail Advisory Committee (RAC). This formal structure will bring together various rail-interested parties, like stakeholders, private investors, the state, and the rail industry. Its purpose will also be to support the government when it comes to policy and legislation formation, as well as rail operations and safety standards.

Moreover, it will identify and resolve chronic issues that affect the rail industry’s growth in South Africa. Finally, it will also aim to guarantee the involvement of third parties in rail-related investments. Only in this way will South Africa succeed in its economic revival objectives with rail freight at the forefront.

‘Future is Rail’ campaign is here to enhance rail’s importance 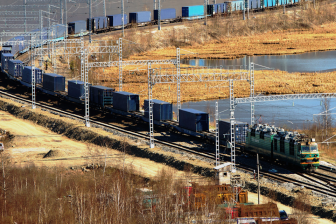