The European Parliament and Council have agreed on the Connecting Europe Facility (CEF). Apart from releasing almost 30 billion euros for transportation, energy, and digitalisation projects, the second period of the EU funding scheme also includes the Rail Baltica project’s funding with 1,4 billion euros.

The Baltic States of Estonia, Lithuania and Latvia have been in a protracted dispute with the EU while searching for additional funds to integrate the rail infrastructure project. In an attempt to apply pressure and finally see the high-speed rail link connecting them with the rest of Europe, the Baltic States threatened to even block an EU funding package aiming to relieve pandemic-related effects.

In the end, the two sides reached an agreement, and the Rail Baltica project will receive 1,4 billion euros from the Connecting Europe Facility (CEF). The dispute had caused significant delay in finalising the CEF fund for 2021-2027. Now that the decision has been made, funding for other projects have also been given the green light.

The upgraded CEF funding plan spans a timeframe of six years, from 2021 to 2027. It will dispose 25,81 billion euros for the modernisation of transport infrastructure and the completion of cross-border projects. Consequently, it will play a significant role in completing missing links between different countries, which have hindered flawless transport until now.

However, not all funds will be utilised for transportation-related projects. Digitalisation is another crucial focal point, with capacities of digital networks and 5G systems being of great importance. This part of the CEF will occupy approximately 2,06 billion euros. Simultaneously, energy projects will have a share of 5,84 billion euros from the total funding.

Many EU officials welcomed the agreement since it brings a new era for critical European projects. Adina Valean, European Commissioner of Transport, said that the development is crucial for creating a sustainable and agile transport system. Moreover, she underlined her satisfaction with infrastructure financing since it will facilitate cross-border transport and shift more traffic towards the rail.

On his behalf, Dominique Riquet, a member of the Transport and Tourism Committee, commented that “the EU needs to develop further and faster transport projects to stimulate growth, be more competitive and strengthen cohesion across the continent. Achieving the Green Deal will not be possible if we do not upgrade our infrastructure for the digital and environmental transition. The CEF is a necessity for Europe to achieve those goals”. 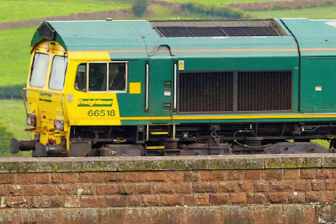 UK government sets out a future of freight