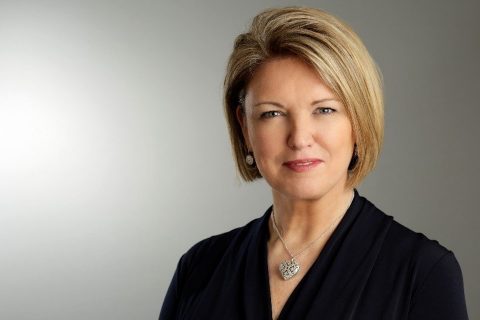 There is a great opportunity for freight to assert itself in a way that hasn’t been seen for almost half a century. That was the message this Friday in the UK edition of RailFreight Live. In a programme featuring some of the most influential decision makers in the industry, freight was put firmly in the fast track for reshaping the rail industry, and at the heart of the UK’s economic recovery, post pandemic.

In a set-piece interview, Charleen Wallace, whose extensive portfolio is headlined by her office as director of freight for Network Rail, laid out her vision for the future of the industry. Joining the debate was Maggie Simpson, the familiar spokesperson and director general of Rail Freight Group, the widely-influential industry association. Rail freight in general, but also Brexit was a much referred to subject.

Do you want to watch this show? That is possible here. The article continues below the video.

Network Rail regard for freight

Network Rail, the UK infrastructure agency, has not been without controversy. The ‘passengers first’ strap-line has been widely interpreted as derisory to the freight sector. Wallace admits that Network Rail could have done more, sooner, to recognise the importance of freight to the railway’s future. She’s insistent that a marketing misinterpretation does not reflect the infrastructure management agency’s regard for freight.

That though does not overlook the list of freight-centric projects Wallace pointed to, as evidence of Network Rail’s actual commitment to freight. She cited among them the high-profile reworking of the Felixstowe branch, exclusively for freight capacity at the recently designated freeport, and the much wider remodelling of the network around Ely, which Wallace argues will be about eighty per cent to the benefit of rail freight.

For the Rail Freight Group, Simpson took the opportunity to welcome the ongoing simplification of Network Rail’s administrative structure. What she called the de-regionalisation of Network Rail made life far more attractive for freight operators. If you are shipping goods from China to Birmingham, she observed, you are not interested in where the regional boundaries exist between Felixstowe and Birmingham. She said it is irrelevant to shippers and an administrative overhead for her members. What is important she said, is how to make the network operate most effectively and joined up. That, she told viewers is at the core of what needs to be worked on next.

Network Rail (NR) has a gap in customer relations, which Wallace is addressing. She laid out the regional structure of NR, as something that should not result in an inconsistent response to customers. End users, she says, need to have a reliable standard they can expect from Network Rail, across their entire interaction with the agency.

Developing a better understanding of the freight sector’s expectations is something which Wallace singled out  Simpson as a mentor, who had helped her quickly come to terms with those diverse needs. That diversity is set to grow, with the likelihood of more freight finding its way on to the rail system in the UK. She said her aim is to be as transparent as possible and to be as collaborative as possible so that customers needs are best met.

The most immediate interest comes from the light logistics sector, which, even as RailFreight Live was being broadcast, was announcing a co-operation between passenger operators CrossCountry Trains and established premium logistics carrier InterCity Railfreight. Wallace said she had increasingly heard ‘freight is great’ as a shorthand for the internal attitude towards the sector.

With her portfolio stretching into parts of the NR estate – primarily major stations – that will play a part in future light logistics, she said that the team in place is very focused to make the introduction of new ways of working as frictionless as possible. Wallace assured RailFreight Live viewers that sectors – including light logistics – were very much within the scope of business development at Network Rail.

Simpson observed a year-long diversification of portfolios. She reported that members had been dealing with stockpiling and what she called ‘less lean, more warehousing’ attitude towards supply chain logistics. She doesn’t expect a wholesale abandonment of accompanied goods by road and ferry. However both Wallace and Simpson were in agreement that the trade routes were likely to be affected, long term, by Brexit concerns, and port routes avoiding the Channel were likely to be permanent beneficiaries. The recent project to improve rail handling at Southampton may well be the precursor to a revised priority for network enhancement.

With rail freight showing growth in the latest figures released from the Office of Rail and Road, despite the worst of the pandemic and Brexit, there is much cause for optimism from the UK industry. Rail freight will play an increasing role in securing the supply china, both commentators agreed. The question now is how to meet those ambitions.

You can watch the RailFreight Live UK Special with Charleen Wallace and Maggie Simpson at the programme’s dedicated YouTube channel. Subscribe to the programme, and catch it live every Friday, at 12pmUK/1pmCET.