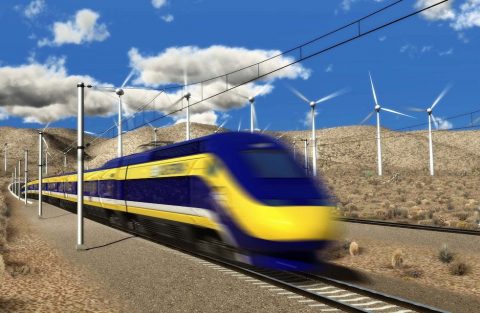 While Britain forges ahead with its HS2 high speed rail project, there are mixed messages from around the globe. While some national and international projects are being fast-tracked, others are hitting the buffers. Somewhat surprisingly, it could be the USA leading the way, while South East Asia lags behind. California may well have high speed rail before Kuala Lumpur, thanks to decisions taken on future transport policies.

The initial phase of HS2, between London and Birmingham, is under construction. Last week, royal assent – the ceremonial approval of the Queen – was been granted for the section through to Crewe and the West Coast Main Line. Connection to the UK network will free capacity for enhanced regional passenger services, and for new logistics and long-distance freight flows. The integrated nature of the project may have clinched the deal, over the stand-alone nature of recently cancelled and cut-back projects on the Malaysian peninsula and the south western United States.

Caution in USA, halt in Malaysia

HS2 forges ahead with construction. Despite continued debate over the cost, and a vociferous environmental lobby, the project has the unswerving backing of government, and a growing acceptance among the business community. That confidence however, is not universally reflected in high-speed rail projects around the world. At the same time as HS2 was being ratified, news also came of a limited approval – finally – for California High Speed Rail. However, to the disappointment of advocates and campaigners, the scheme has been radically cut back to an isolated stretch, serving neither of the main conurbations of San Francisco nor Los Angeles.

Last week, the coffin was finally screwed down on the Kuala Lumpur – Singapore project, which would have connected the Malaysian capital with the leading trade and financial centre in South East Asia. This despite the corridor being the busiest air route in the world – an accolade briefly held in Europe between Edinburgh and London. The line would also have served Malaysia’s Putrajaya government district and the associated vast hi-tech manufacturing complex.

Freight to the rescue

Britain though, may just have played a mixed traffic ace. While no one is seriously suggesting HS2 carries freight traffic, the released capacity elsewhere could be just the ticket in the post-pandemic economy. Schemes such as the Malaysian peninsula and California did not have mixed traffic capacity enhancement built in to their business cases – at least not to the extent that HS2 has made that a primary commitment of the project.

Optimism for the future

Although glamourous and luxurious passenger services capture the headlines, freight may yet be the commodity that drives the development of high speed rail. Europe has already committed to radical levels of modal shift onto rail. The only way that will appeal to the logistics sector is if rail is significantly faster than road alternatives. Commentators say that sustainable, reliable communications contribute to economic growth. Modern fast freight has the potential to support that ambition.

Economists say that China’s prodigious economic growth has followed the country’s high-speed rail programme – rather than the network following the growth. Britain’s hope of economic regeneration in the Midlands and North West regions relies to no small extent on the HS2 project. Historically, railway development has proceeded economic development, and facilitated heavy industry. While high-speed rail is primarily aimed at passenger movement, freeing up capacity to develop traditional freight may be the lesson to take away from the varied response around the world. 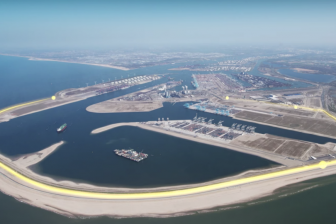