How do EU countries apply their performance regimes and delay charges?

EU countries have common approaches to the way delays on railways are penalised. The so-called performance regimes, part of the infrastructure charging system, appear to be more similar that expected, with some differentiations left aside. Maris Andins, Director of Infrastructure Charges at AS LatRailNet, conducted an in-depth study on this topic and shared some of his early findings with RailFreight.com.

In several countries of the EU, railway infrastructure charging includes a performance scheme. These schemes mostly refer to disruptions on the operations of networks. Understandably, they can result in penalties for the party that causes the network disturbances, compensations for RU’s that suffer from such disruptions and bonuses that reward better-than-planned performances.

The study of Andins reflects upon network statements and publicly available documents of more than twenty railway infrastructure managers (IMs) from different European countries. Consequently, the insights are the product of what IMs share with the public. They constitute an interesting point in terms of assessing the homogeneity of EU Member States’ policy, which is also relevant to issues such as the waiving or reducing track access charges. The study is still ongoing, and more results will be available shortly.

Different levels, charges by the minute

Among the similarities of different IMs across Europe, one can find their tendency to charge disruptions based on the type of rail transport. For instance, passenger, freight and international services present differences. In most cases delay charges are lower for freight trains compared to passenger ones. Additionally, in most countries, charges are calculated per every minute of delay and not the total number of delayed trains.In certain cases excessive delays are considered as train cancellations, resulting in application of cancellation charges. Observations show that delay charges vary somewhere between 0,5 to 3 euros per one delay minute, while for specific segments they can reach values more than ten times higher.

Additionally, EU countries tend to separate the types of delays – and charge them accordingly- to primary and secondary. Primary delays are those caused directly by RUs or IMs. On the contrary, secondary delays refer to those caused by external factors, third parties or as aresult of force majeure. Sanctions apply mostly to the first category, while payments take place directly between RUs and IMs.

Findings of the study show that most of the European countries resemble similar practices in tolerating delay thresholds levels (minimum delays to which delay charges are applied). On average minimum delay that fall under penalty for passenger services is around 5 – 15 minutes, whereas for freight services tolerance level is much higher reaching 60 minutes.

The introduction and testing of the performance regime is quite challenging and in almost every case it is still in the development phase, as the observations show that countries tend to implement their performance schemes in a multi-step process by gradually increasing delay payments from year to year until they reach their true level in future.

Moving forward, another common point of EU countries’ policies, is that of compensating the losing parties for each delay. Namely, in their majority, European IMs will reimburse an RU subjected to losses due to another RU’s delay. Furthermore, the IMs collect the paid reimbursement later from the RU responsible for the disturbance. As a result, the penalties charged to RUs can be used to compensate the affected parties.

Nevertheless, there are cases where penalties and charges do not apply. For example, when the cause of the issue is another IM or railway network, RUs will not get charged. The same applies in a case where a third party, external reason or force majeure, is responsible for any disruption. Finally, IMs tend to omit ad-hoc (non-scheduled) trains from paying for delays.

As Maris Andins remarks in his study, some EU countries present some differences in their performance schemes despite their overall common ground. More particularly, there are countries that set delay monitoring checkpoints throughout the route, and, on the other hand, others that register delays at the destination point. Moreover, Finland does not apply delay charges if the delayed rolling stock does not reach its intended departure point due to previous delays.

On its behalf, Hungary has different disruption charges for loaded and unloaded trains. The Netherlands focuses more on reducing train cancellations. At the same time in Latvia and in Switzerlands’ SBB network delays are registered but no bonus/malus system is applied. Some of the countries (Portugal, Belgium, Denmark and other) have chosen tactics to improve the results of the previous periods by stipulating specific targets in the performance scheme and in certain cases these targets may differ from one RU to another. Meanwhile, to avoid excessive payments, another group of countries have set limits on the total delay payment, either by setting the maximum delay in total minutes or by a percentage of regular track access charge

In total, European countries showcase an impressive resemblance in many aspects of the way that they handle performance-related issues. Even the differences among performance regimes do exist, the common trends show that development of such schemes requires time to gain the necessary experience or at least acquire best practices from neighboring countries. Without question, this constitutes a positive indication concerning the standard implementation of policies in Europe as a whole. Mutual goals and approaches are now more critical than ever to create and establish a shared European network without vast differences and seamless operation. 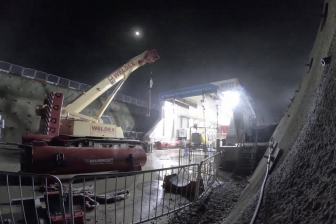 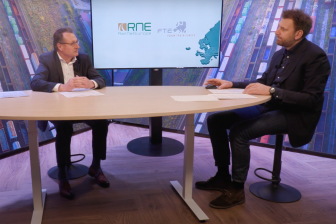