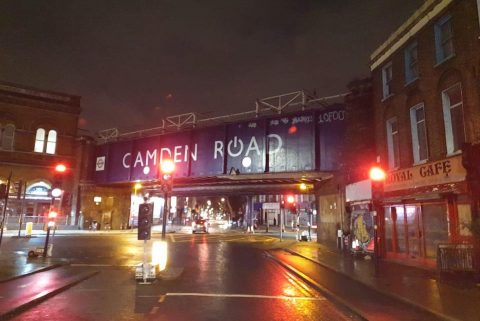 ’Twas the season of … engineering works

In the UK, the two weeks around Christmas and New Year is the quietest time on the network … unless you are an infrastructure engineer. Network Rail and supply partners have been as busy as usual on a series of capital projects, upgrades and maintenance replacements.

The UK infrastructure management agency, Network Rail, takes advantage of the festive period downtime
scheduled by all passenger operations to carry out as many major works as possible during an almost unbroken two-week long possession of the UK railway. For rail freight operators supporting the massive effort, there is no sitting down to a traditional turkey dinner.

No let up in engineering works

Even though freight patterns have been significantly disrupted all through 2020, engineering work has continued all over the country. The rush of projects at Christmas time – as traditional as sleigh bells and carol singers – has not let up despite the challenges of pandemic awareness and revised working practices.

Among many projects, Network Rail has completed a range of essential upgrades to the railway, around London and into the East and West of England, and around Glasgow in Scotland. The tracks out of London Euston, serving the West Coast Main Line, and the Anglia Main Line from London Liverpool Street to the East of England, came in for special attention.

West Coast gets ready for HS2

Over the Christmas break, teams carried out vital work on to improve both passenger and freight services on the West Coast Main Line, the busiest mixed use railway in Europe. The multi-million-pound planned investment saw ongoing work to upgrade signalling at Birmingham New Street station – a critical bottleneck in the UK network. With additional freight movements and bulk trains anticipated in support of the construction of HS2 – which will have a terminus nearby at Curzon Street, work went on to improve the overhead power lines along the WCML, including at locations near Watford, Liverpool and Crewe, where HS2 will have a suction with the existing network.

Several track renewals took place, including in Manchester, Preston and London. Tim Shoveller, managing director for Network Rail’s North West & Central region, said they weer all critical to the future of the railway. “I’m very proud of our frontline workers who have continued to work tirelessly throughout the pandemic to maintain and upgrade the railway. This festive period has been no different, with hundreds of workers out delivering significant improvements, sometimes in very challenging weather conditions.”

East of England, East of London

Also over the Christmas and New Year period, a major package of upgrades were delivered throughout the Anglia region in the East of England. The region has been in the news recently with plans revealed for major upgrades around Ely, which will help release capacity for freight to and from Felixstowe port and other traffic.

This Christmas however, works included improvements to the track, structures and equipment up and down the Great Eastern Main Line, between Norwich, Ipswich and London. At London Liverpool Street station, which will soon see light goods service trials onto the passenger platforms, complex switches were updated. Overhead wires and structures were replaced at the key Stratford interchange, and further works were completed on track formations at Colchester and Norwich.

Much of the Great Eastern is historic railway, among the first long distance main line operations in the world. Sensitive structures – such as a timbered bridge at Trowse – were refurbished to better accommodate modern traffic, especially heavy traversing goods trains, which use the GEML to access east-west routes from the ports to the Midlands of England.

More modern works also continued. Works were also carried out as part of the Crossrail project, including a power upgrade to accommodate the intensive metro service that will run alongside mixed traffic east of London Liverpool Street. Infrastructure trains were also in the station over the New Year, to facilitate the extension of platforms for Crossrail services.

Benefits felt all over the country and more to come

Mixed traffic, including freight from London to the North of England and Scotland, as well as local incoming aggregates, will benefit from renewals in the Camden era of London. No time for engineers to visit the famous market, but drivers will have a better ride through the neighbourhood, thanks to structural works at Chalk Farm and Camden Road bridges. A collateral benefit for the densely populated neighbourhood should be quieter running too.

Ellie Burrows, Network Rail’s route director for Anglia, said that the works have a positive impact across the whole network. She said the complicated works here were crucial to running a safe and reliable service on all lines, and that there was more to do. “Further improvements are planned to take place over the coming weekends”, she said. Her colleague, Jamie Burles, Greater Anglia managing director said the works would improve punctuality and reliability on the network. “Further engineering work is planned to take place over the coming weeks. Work continues on the Great Eastern Main Line at weekends throughout January and February.”

All finished and time for a belated Christmas? Perhaps not. As engineers were packing up in the East of England, work commenced on Halfpenny Bridge in Sheffield, on the mixed use train, tram and freight route between the city and neighbouring Rotherham. Just one of dozens of on-going projects around the country. The turkey will end up in a sandwich for many orange-coated engineers. 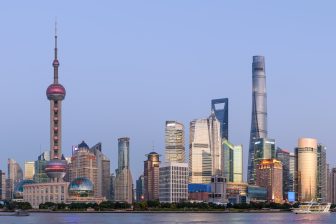