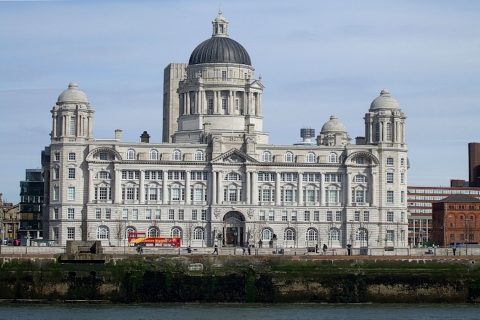 Mediterranean Shipping Company (MSC) has heralded its new intermodal service between the Port of Liverpool and East Midlands Gateway as an environmental coup for the partners involved. MSC UK, who will operate the service five days a week in collaboration with Peel Ports, GB Railfreight and Maritime Transport, say the reduced carbon emissions will benefit the region by taking 20,000 truck movements off the roads in the North West of England.

Connecting East Midlands Gateway to the Port of Liverpool strengthens capacity between the Maritime operated rail freight facility and the traditionally busy west coast port of Liverpool. The five-times a week service is an economic shot in the arm for Liverpool, and shows faith in the ability of rail freight to operate profitably over relatively short distances. The 100-mile (160km) working avoids some of the most congested motorway routes in the UK.

Services could also potentially use the recently upgraded Middlewich Branch to avoid the West Coast Main Line, the busiest mixed-use railway in Europe. The service is well placed to serve future Irish Sea and trans-Atlantic trade, and comes as fears grow over major Brexit-related disruption to ports on the other side of the UK, particularly around the English Channel.

Despite a long record of collaboration at the port, this is the first time a modern rail freight service has connected the East Midlands and the Port of Liverpool. MSC were keen to point out that the service enhanced connectivity and reduced road miles for their expanding market into the North West of England. Notably, the first train ran to Liverpool, suggesting that the service has export potential, and could play an important role in the UK’s post-Brexit trade.

“The new rail service”, says an MSC statement, “which launched last week with the arrival of its first train into the Port of Liverpool, runs five days a week and demonstrates MSC’s continued commitment and investment to future growth in Liverpool.”

The arrival of the first train represented the realisation of the project for Jonathan Burke, operations director at MSC UK. “Together with our partners, we are very pleased to have launched the first daily intermodal rail connection between the Port of Liverpool and the East Midlands. This new service enhances our nationwide port and intermodal network, further strengthening the breadth of our offering to clients whilst helping to reduce carbon emissions”, he said.

Inland connections with other ports

The inauguration is another win for rail operator GB Railfreight. MSC UK says it has worked closely with GBRf to launch the new service. John Smith, the managing director of GBRf, who operate the Maritime-liveried service, said his company always sought to innovate. “We are delighted to be working with our customer MSC, Peel Ports and Maritime Transport in delivering a new intermodal service into the Port of Liverpool, which will see 20,000 lorry journeys off our roads.”

MSC has been delivering container shipping services to the Peel Ports operated Port of Liverpool for almost 20 years. “The new service will allow customers to reduce their road miles and fuel consumption on the land leg of journeys, enabling more sustainable supply chains”, said their statement. The inland origin at East Midlands Gateway, already has intermodal services connecting with other UK ports at Southampton, Felixstowe, London Gateway and takes traffic to and from the Channel Tunnel as well.