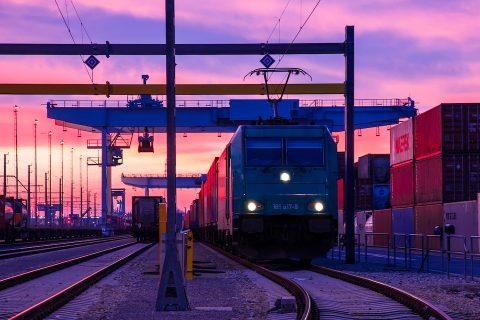 More than 17 billion invested in Austrian railways till 2026

Over the next six years, Austrain railway company ÖBB will invest almost three billion euros annually in the railway network on behalf of the federal government. Of the total 17.5 billion to be spent up till 2026, 3 billion will go to completely new projects. Another 5 billion is reserved for projects implemented after 2026. This was announced by the company on Friday 16 Octber.

The aim is to make routes, stations, safety technology and traffic control systems fit for the future. “With the new ÖBB framework plan, we are launching the largest railway package on the country has ever seen. The more than 17 billion euros for rail projects across the country symbolise the fight against the climate crisis”, says Climate Protection Minister Leonore Gewessler.

The framework plan includes projects for both freight and passenger traffic. More capacity and more economical route use for freight traffic is one of the four priorities set. The Vienna South freight centre is entering the next expansion phase and will have increased capacities in the futuree. Additional soundproof walls will be built in the next few years. “Soundproofing for those who live nearby is of course very important to us”, said the ÖBB.

Other priorities are further attractiveness of the regional railways and an ambitious electrification programme, digitisation and increased efficiency in construction and operation and more S-Bahn trains in and around the cities.