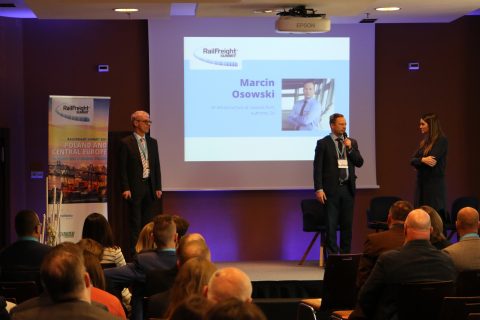 On Tuesday 1 September the RailFreight Summit Poland kicks off. This three-day event is held in Poznan this year, and is organised in hybrid form. The shift to rail in the Central and Eastern European region is the core theme of this industry event.

Although the tickets for physical attendance have been sold out, it is still possible to register for the live stream. This will allow you to see the presentations, ask questions and participate in the debate. There are even networking opportunities for those who attend the conference online.

At this year’s edition of the summit, the shift to rail in Poland is a central theme. The expenditure on the development of transport infrastructure as well as intermodal hubs increased significantly between 2000 and 2020. However, between 2004-2018 the volume of rail freight transport performance in Poland increased by only 14 per cent: from 52.3 to 59.6 billion tonne-kilometre.

Poland does have an infrastructure plan in place. This is laid out in the National Railway Programme until 2023. As of December 2018, works were being carried out at 155 locations at a total cost of 32 billion Polish Zloty (7.4 billion euros). Some of these projects will be discussed, while others will point out what more is needed.

After Gdansk and Wroclaw, the summit now comes to Poznan. This centrally located city is growing as a rail freight hub. Recently, a state-of-the art terminal was opened, where cranable as well as non-cranable trailers can be loaded on trains in all directions. This means thousands of trailers off the road, onto rail. The advantage of such a hub is a topic on the conference agenda.

In general, the making of a hub is an important theme. Major players such as Metrans, Wiencont and Lohr Industry will explain how they contributed to a successful terminal or network of hubs in the Central and Eastern European region.The audience is asked to define what makes a successful hub.

Register for the event today and be engaged tomorrow. Registration can be done via this page.