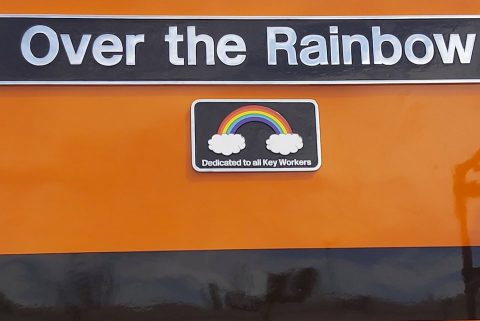 UK operator Freightliner has named one of its newly acquired electric locos in recognition of key workers around the country. The ceremony took place at historic Crewe works. The company has also relaunched an intermodal service between Britain’s busiest intermodal port and Britain’s newest intermodal terminal.

On Thursday (30 July), Freightliner, the UK subsidiary of the worldwide Genesee & Wyoming corporation, named an example of its newly acquired class 90 electric locomotives, in recognition of key workers.

The class 90, which was one of a squadron of locomotives recently released from express passenger duties, has just been out-shopped after extensive reengineering at Crewe works in North West England. Pristine in the new black, orange and yellow corporate livery, 90014 has been unveiled as ‘Over the Rainbow’. 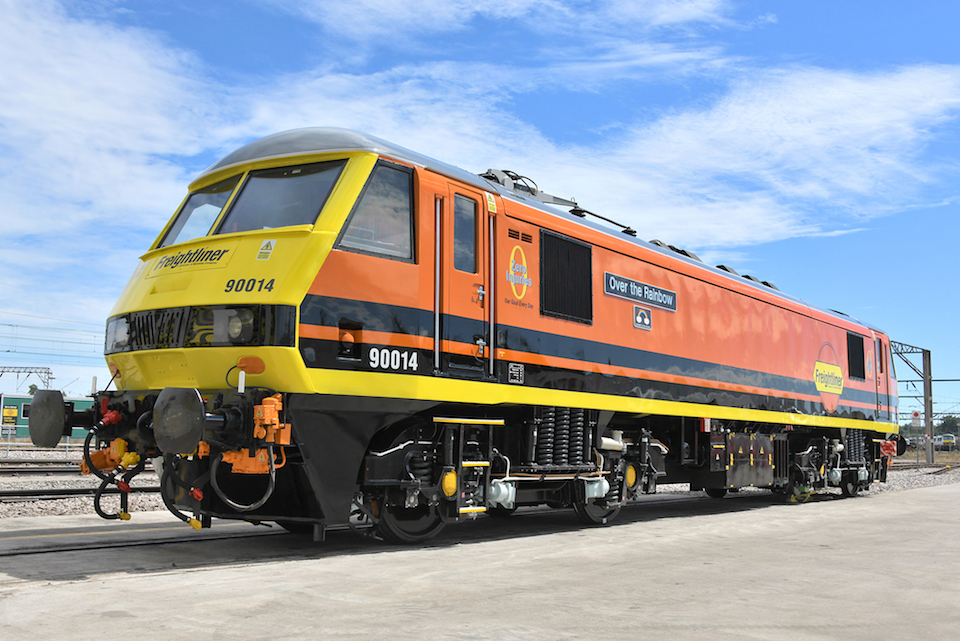 Freightliner wanted to acknowledge the sustained effort of key workers throughout the last four months and to also recognise the vital role they will continue to play long after the pandemic subsides. “Naming the locomotive ‘Over the Rainbow’ will serve as a reminder of the incredibly valuable contribution key workers have made across many sectors”, says a company statement.

Mayor among limited numbers in attendance 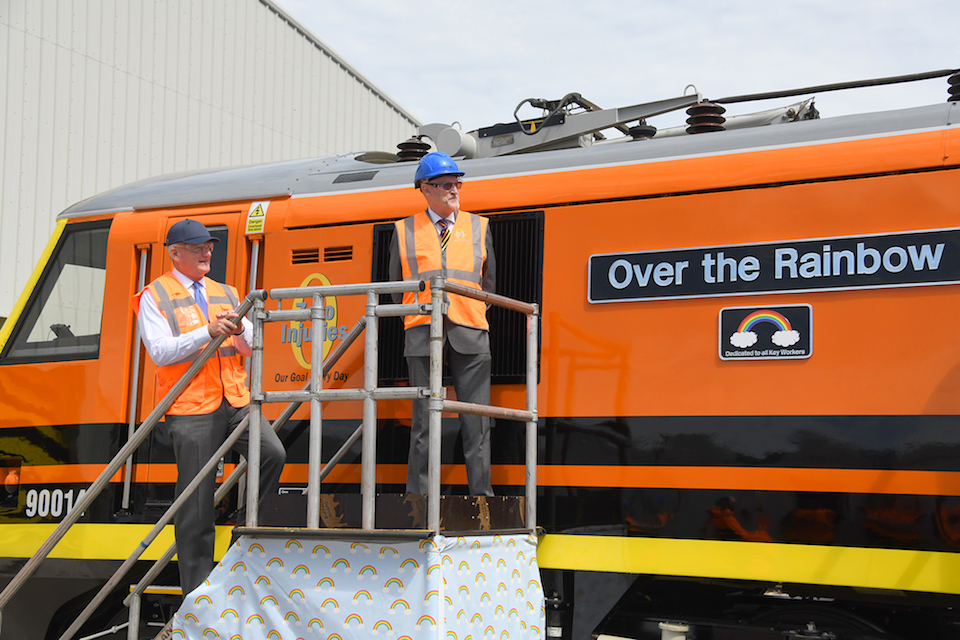 “We wanted to recognise the tremendous effort of all key workers and, in particular, those in the transport and logistics industry,” said chief executive Gary Long. “We are all having to deal with the daily challenges of the COVID-19 pandemic, but none more so than the key workers who continue to transport vital medical supplies, goods to keep supermarket shelves stocked and other services to keep our country running during these unprecedented times.”

Freightliner also had an operational reason to celebrate this week. An important intermodal flow has recommenced, connecting the Port of Felixstowe on the east coast of England, with the East Midlands Gateway terminal, midway between Nottingham and Derby in the English Midlands. The terminal operator say it will be the first time global logistics companies COSCO Shipping and Orient Overseas Container Line (OOCL) will be using East Midlands Gateway. 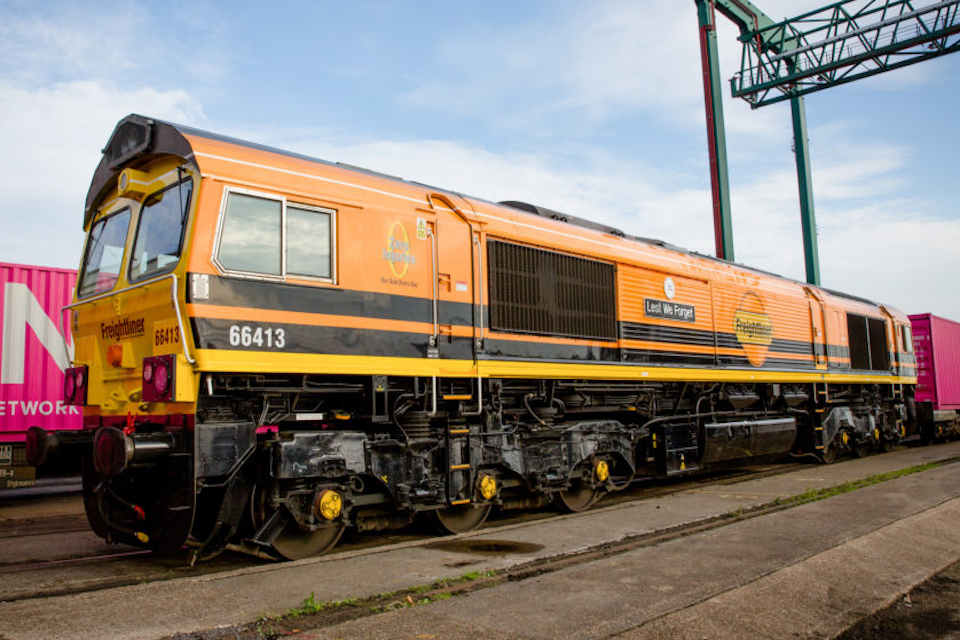 Although the Felixstowe branch is not electrified, it is in the heart of the former operational routes of the class 90 electrics, which until recently provided traction for passenger expresses between London and Norwich, via Ipswich, which is just a short distance from the port.

Some of the locomotives will replace the ageing class 86 fleet, which entered service in the 1960s on express passenger trains on the West Coast Main Line. Freightliner says the 86s will be retired from service until they can be overhauled to help expand the company’s electrically hauled services.

Crewe works and the future

At Crewe, where the historic works has always been at the forefront of railway innovation, the necessarily low key naming ceremony paid tribute to that past, and looked to the future as well. “We thought that naming an electric Class 90 locomotive was appropriate as we look forward to the decarbonised future of freight movements,” said chief executive Long.

“Freightliner has increased its fleet of Class 90 electric locomotives and is at the forefront of other initiatives aimed at reducing carbon, such as trialling longer trains. Investing in green transport infrastructure is vital to underpinning Britain’s future economic potential and its commitment to tackling climate change as well as meeting Government’s decarbonisation targets.”

The name plate was unveiled by Freightliner Train Planner, David Clay who was the winner of a staff competition to name 90014 Over the Rainbow.