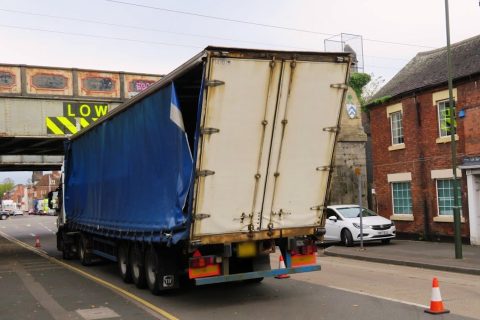 According to Network Rail figures, there are five incidents a day where road vehicles hit UK rail bridges. Prosecutions, fines and compensation does not solve the issue, they say, and careless road drivers are making the railways less efficient, and at considerable cost to the network.

Continental rail freight operators bemoan the restricted British loading gauge, which renders much of the UK network inaccessible to European traction and rolling stock. European (and British) road traffic though does not suffer any such restrictions. Well, actually, they do, but some drivers are not aware of the issue – until it is too late.

Britain pays the price for having a railway network that was the first in the world. It was built for an age when things were rather more compact than today. Railway operations are governed by rigorously enforced clearances, and the ignominy of a train jammed in a bridge or scraping along an overhanging platform is an unheard of embarrassment. British politeness chooses to ignore SNCF’s miscalculation blushes.

British authorities are not so forgiving of large vehicle drivers, however, who repeatedly crash into railway bridges, all over the UK.

A legacy of the industrial revolution is a portfolio of bridges that provide less than the modern day standard clearance of just over five metres (sixteen and a half feet). Truck drivers – and British drivers are not without guilt – have a disturbing habit of trying to fit maximum permissible hight vehicles under less than permissible clearance bridges. 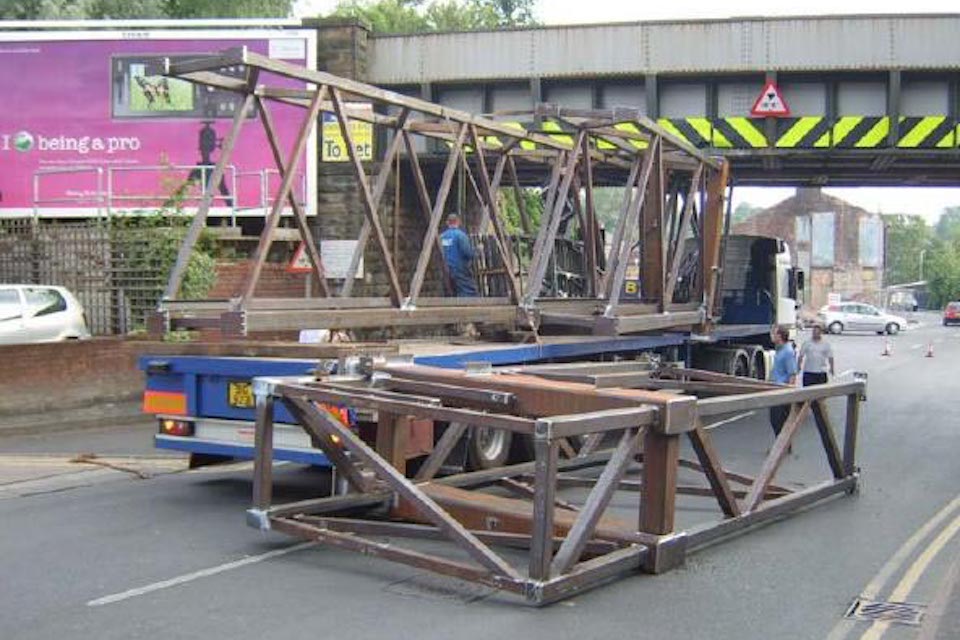 The inevitable result is a red-faced driver, a big fine and a huge repair bill, and a serious disruption to rail services. Infrastructure agency Network Rail, who look after all the grade separated crossings on the British railway network, are, with some British reserve, rather annoyed.

Vipham was speaking after a major freight route was disrupted when an articulated truck seriously damaged a railway bridge historic Leamington Spa in Warwickshire, in the English Midlands on 20 March. In the three months since then, under usual traffic conditions, Network Rail could expect to deal with over 500 further incidents. 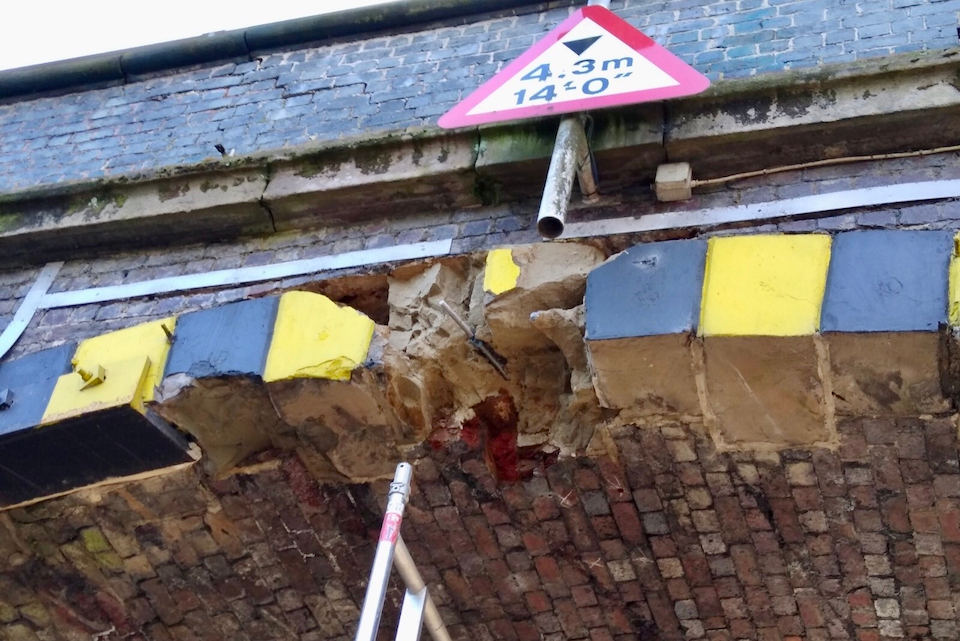 In this particular incident, emergency repairs cost over 200,000 British pounds (223,000 euros) were required, in addition to closure of the railway and speed restrictions once traffic resumed.

“All of this hard work should have been unnecessary”, said Vipham. “Bridge strikes like this are entirely avoidable, cost taxpayers millions of pounds and cause delays to freight every year. Lorries can’t limbo. I can’t stress enough how important it is for drivers to know the height of their vehicle.”

The five bridge strikes a day cost around 23 million British pounds in annual repairs (25.6 million euros). Network Rail says that 43 per cent of lorry drivers admit to not measuring their vehicle before heading out on the road. Fifty-two per cent admit to not taking low bridges into account. Both of these represent contravention of UK road laws.