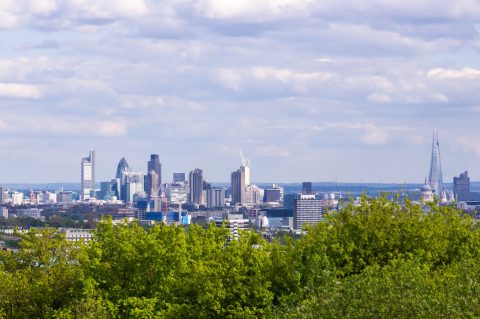 It is not just modal and traction shift, the rail freight sector is coming to terms with geographical shift too. Rail freight is adjusting to a move away from its traditional power base, says Ralph Goldney, Managing Director of Railfreight Consulting. Goldney was addressing an online seminar for the Institution of Mechanical Engineers, from his headquarters in Surrey.

The webcast was designed as an introduction to rail freight, but also covered a number of debating points raised by the audience of rail professionals and potential rail customers. “Traditionally, rail freight was something that was done in the North”, he said. “That has all changed, and it is something with which the industry is coming to terms with, driven by economic and industrial factors and a rising commodities demand in and around London.”

That may be a generalisation but, in general, the observation holds true. Ever since the industrial revolution, the freight operations of the railways in the UK have revolved around feeding the mills, factories and foundries of the North, delivering coal and departing with finished goods. Now, the movements of bulk might be more often in the direction of London, and those finished goods are being imported – their routings often through southern ports and, again, around London’s busy rail network.

The shift can be timed quite precisely, Goldney argues, down to the deindustrialisation and decarbonisation of the nation’s power generation. “The demise of coal traffic has often been reported”, says Goldney. “The almost complete cessation of modern coal traffic, since 2014, has taken a considerable tonnage out of the rail freight market, but has also swayed total operational movements significantly towards the South East.”

The geology of London and the South East does not lend itself to the current building boom. Chalk and clay are not the building materials required. Aggregates traffic from the North and the West of England are now the heavy bulk flows. “Increasingly these trains are made from repurposed coal wagons,” says Goldney, explaining the logistics of switching primary loads. “Stone aggregates, which are more dense than coal, require a shorter wagon to meet axle-loading restrictions. So a repurposed coal wagon needs to be shortened by around a third to go into that service.”

While bulk trains are increasingly coming into London, intermodal flows are heading in the opposite direction. Goldney says that despite the competing demands, the infrastructure manager strives to help. “Network Rail is very supportive of freight”, he says. “Finding paths though London is not easy, given the intensive passenger timetable, and it is a similar situation elsewhere in the country. Demands from metropolitan mayors for increased passenger train frequency is killing off opportunities for freight paths.”

However the positive points raised in the debate gave cause for optimism. Goldney presented figures which show that freight operators are making more efficient use of paths – typically running longer trains – and innovating to win business, such as the case study presented of aviation fuel trains which snake their way across the South East and London to reach Heathrow Airport from a port in Kent, removing around 35,000 road tanker movements annually. RailFreight.com covered the fuel trains a few months ago, see here.

“Fitting in tanker trains across London is a complicated task, but it has been achieved”, says Goldney. “Margins may be slim right now in the rail freight sector, but there is a competitive market, and a great deal of market share to be won. There are improvements and innovations on the horizon, from electric traction to city-centre delivery. There are opportunities for operators and customers alike.”

Although rail freight is in resurgence in London and the South East, there is untapped potential across the country. With the emphasis on cleaner and greener delivery, and a national policy to rebalance the economy, the shift in centre of gravity may only be temporary, and a new set of demands on rail freight may soon emerge to swing flows once again.