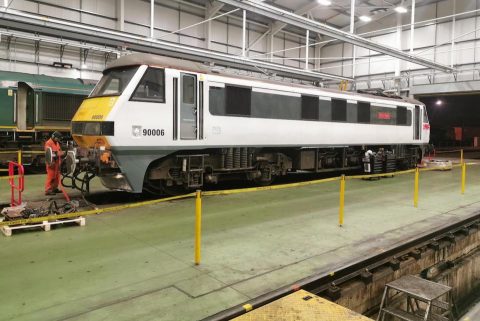 Work continues to transform former passenger expresses into sturdy freight work horses. Examples of a tried and tested British electric locomotive design are being given a second lease on life as part of the Freightliner operation in the UK.

The locomotives – designated class 90 when they were first introduced into service – are currently undergoing refitting and upgrading at the company’s engineering works in Crewe, in the north west of England. The entire fleet was originally built there in the late 1980s.

The locomotives were among the last motive power to be ordered by the defunct British Railways, the nationalised operator prior to the privatisation of the network during the 1990s. Despite their age, the locomotives have a good reputation.

Experience with the class

Fifteen of the class were in front-line passenger service until May of this year, connecting London and Norwich. Two have gone to specialist operator Locomotive Services Limited. The remaining thirteen are currently being overhauled to join the roster at Freightliner.

The company already has extensive experience with the class. They have operated ten of the class for several years. The new acquisitions will replace an even earlier generation of electric locomotives – the class 86, which entered service back in the 1960s.

“Great effort been put into the new fleet of class 90s,” said Powell in an online post alongside his image. “Getting them ready for service as quickly as possible to improve our ever expanding requirements to keep freight moving across the network. Great work by all the team.”

The redeployment represents a further step towards electrification of freight operations in the UK, as reported recently in RailFreight.com. The two locomotives transferred to LSL may yet see service in their original configuration – as motive power for passenger charter excursions. 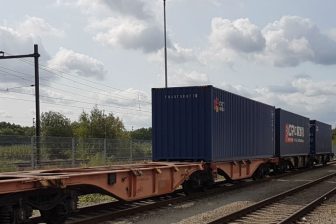 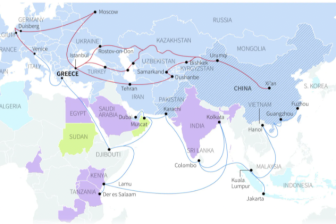 This week in RailFreight Live: the Middle and South Silk Road corridors