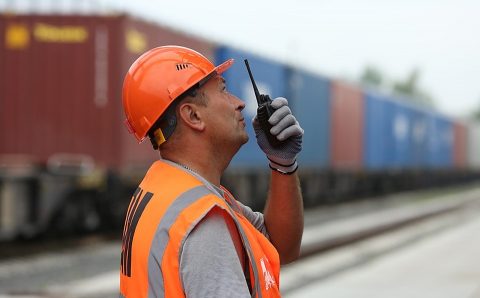 RZD International LLC, a subsidiary of Russian Railways, has finished excavating the right section of the Čortanovci tunnel in Serbia. This 1086-metre long tunnel  is located on the Stara Pazova-Novi Sad railway section, which is part of the Belgrade-Budapest railway line. Ultimately, the tunnel will consist of two parallel single-track tunnels stretching over 2.2 km, improving the railway connection between Serbia and Hungary.

The tunnel was dug in difficult mining and geological conditions and flooded soils, being bored out simultaneously from the northern and southern entrances using a special method for mountains with weak soils. During tunneling, more than 190,000 m3 of rock surfaced. The left part of the tunnel is scheduled to be bored-through in June 2020. Currently, this large-scale construction is 86 per cent complete and should be commissioned by November 2021.

Acting Director General of LLC RZD International Sergey Stolyarov emphasized that “despite the pandemic, the work is continuing at all facilities in Serbia on schedule. However, in close cooperation with our client and the Serbian government, all necessary measures are being taken to prevent the spread of coronavirus and to protect our personnel”.

Serbia’s Deputy Prime Minister and Minister of Construction, Transport and Infrastructure Zorana Mihajlovic expressed in local media his gratitude for the persistence of the Russian team and pointed out that infrastructure remains an important driver of the economy and development despite the coronavirus epidemic.

The Belgrade-Bupapest line will see some major imporvements in the railway connection to Budapest. The Novi Sad – Subotica – Kelebia line is to be upgraded and double-tracked. This will be carried out by China Railway International Group and China Communications Construction Co.

The scheme includes modernisation of the Novi Sad, Vrbas and Subotica junctions, building 49 overpasses and underpasses, refurbishing nine stations and constructing a 1.6km viaduct in Vrbas. The route will be closed for 33 months from March 2020, with trains diverted to run via Bogojevo or Zrenjanin.

Russian Railways has been modernising and building railways in Serbia since 2014. The reconstruction of the Belgrade-Pančevo and Resnik-Valjevo lines, railway sections of the international transport Corridor X, and a railway track on the bridge over the Danube River in the city of Novi Sad have already been completed.