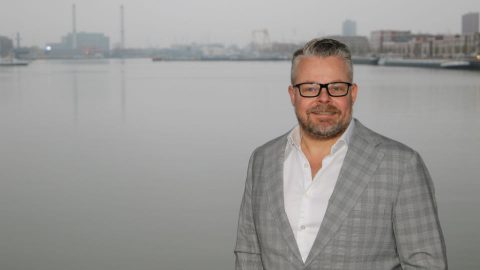 In the coming weeks, Dutch freight forwarder Van Donge & De Roo expects a drop of 25 to 30 per cent in the import volumes due to the corona crisis. “In terms of export, we also foresee a dip of 20 per cent less cargo,” says director Dennis de Roo.

The Rotterdam-based company is one of the largest freight forwarders in the Netherlands. De Roo already saw it coming two weeks ago, when the crisis was still mainly in China. At that time, the forwarder was one of the first companies to apply for work time reduction, a measure by the Dutch government, offering compensation for the hours not worked.

“The volumes on the trains to and from Germany are much less. This is because our clients are mainly focused on deepsea shipping to and from that country, and this industry is facing the biggest blow there. After all, there has been less cargo from China for three weeks. ”

It appears that rail freight transport could be a useful alternative to the increasingly difficult road transport through Europe. But, in this case capacity shortage will soon play a role. “The train to Italy is packed because customers in the Netherlands are mainly focused on volumes within Europe. Dutch truckers prefer not to drive to Italy by truck.”

De Roo expects his company to survive this crisis. “Fortunately we have enough fat on the bones. But I fear that the industry and suppliers will be hit hard. We estimate that there will be a fall in volumes, margin and activity for at least one to six weeks. So bankruptcies cannot be ruled out in our sector. ”

De Roo adds that global supply chains have been affected in other ways too. “At our depots in Rotterdam, for example, containers are running out. Many are being returned empty to the Far East to ensure that cargo can be loaded in China in four weeks from now. This creates shortages of equipment for our exports, and consequently prices skyrocket. Higher costs of terrain and empty handlers are not being compensated for the time being. “