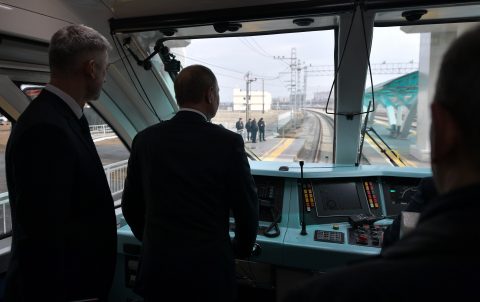 President Vladimir Putin has inaugurated the opening of 18 kilometer Kerch Bridge on the 23rd of December that he annexed in 2014. The opening of the railway bridge connecting connecting Russia and Crimea was immediately critized by the European Union.

According to Railway Gazette the railway bridge is part of a 80.2 kilometer railway line between Vyshestebliyevskaya in Russia’s and Bagerovo, west of the Crimean port of Kerch. This railway line is also connected to a new freight terminal at Taman.

The European Union condemned the opening of the railway section of the Kerch Bridge because it was build without Ukraine’s consent. “This constitutes another violation of Ukraine’s sovereignty and territorial integrity by Russia”, said Peter Stano, lead spokesperson for Foreign Affairs and Security Policy of the European Union.

“The railway link is yet another step towards a forced integration of the illegally-annexed peninsula with Russia and Crimea’s isolation from Ukraine of which it remains a part.” According to the EU the bridge limits the passage of vessels through the Kerch Strait to Ukrainian ports in the Azov Sea. 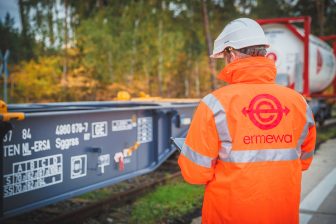 Ermewa fleet keeps up with intermodal growth in Eastern Europe