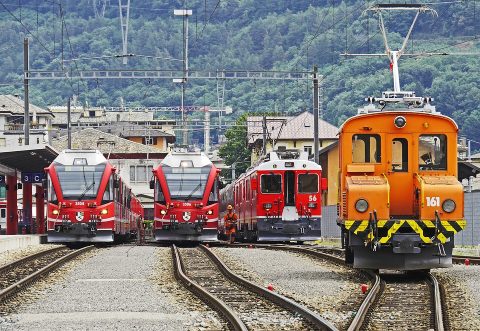 Today is the last day of the year 2019, a good moment to look back at a very interesting year for rail freight in Europe. Four industry leaders look back, and share their ambitions for the year to come. 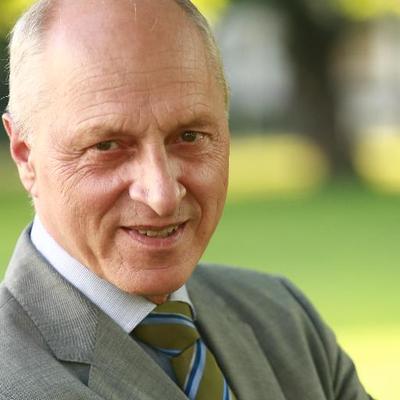 In 2019, the Netherlands was increasingly served by European rail carriers and combined transport companies. Belgian, Austrian, Swiss and French companies have strengthened their position, ERS has returned and in cooperation with German parties and government an important step has been made with the Joint Declaration Of Intent.

Germany and the Netherlands both have a master plan for the rail freight sector, which is similar in several areas. This certainly includes halving the user fees for freight trains and recognising that the investment in ERTMS on-board equipment must be financed and earned back in one way or another. This reflects the trend that the operational aspects of rail freight transport are gradually increasing throughout the EU.

The Rotterdam TEN-T days in 2016 made an important contribution to this trend. One of the topics in the sector agreement was data sharing. This has resulted in important adjustments to the TAF TSI in the past year. From reluctant agreement on data sharing to revised European regulations in 3 years. European cooperation.

In 2020, the European rail sector will get a head start with the Green Deal plans from Frans Timmermans. Work must then be done together at the European tables. One of the first topics to be addressed is the European Rail Freight Corridors. The Netherlands has been pulling the cart for years and a lot of transport to / from the Netherlands uses these corridors. However, there is still uncertainty about the new policy. 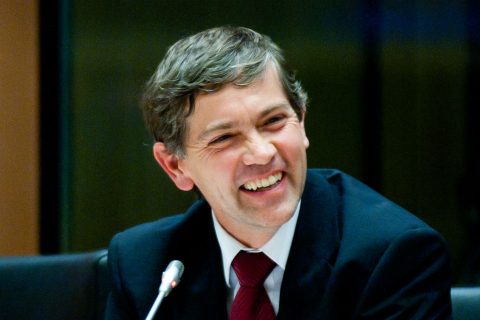 2019 will certainly be remembered as the year of a much-needed reboot: the level of ambition that the European Commission put in its Communication on a European Green Deal is unprecedented in any other European or global policy initiative in contemporary times.

Rail freight’s stagnant market share over the past ten years was the clearest sign that sustainable logistics badly needed the kind of boost that only comes through bold legislative proposals: the initiative launched by the EU must also affect the transport sector.

In 2019, we also saw a number of sector impulses indicating the way forward: the advocacy actions led by CER  and by an initiative of rail freight operators called Rail Freight Forward have made fundamental contributions to inspire the newly established European Commission as well as the new European Parliament.

Today we have to work not to lose the political momentum. Rail is recognised as one of the crucial instruments in the fight against climate change. Further resources therefore should be mobilised in the public and private sector to finance research & innovation and to enable the rail system to be even more efficient. In addition, horizontal legislation must be redressed not only to give rail a fair chance, but – and primarily – to allow society to benefit from significantly reduced transport externalities thanks to modal shift. 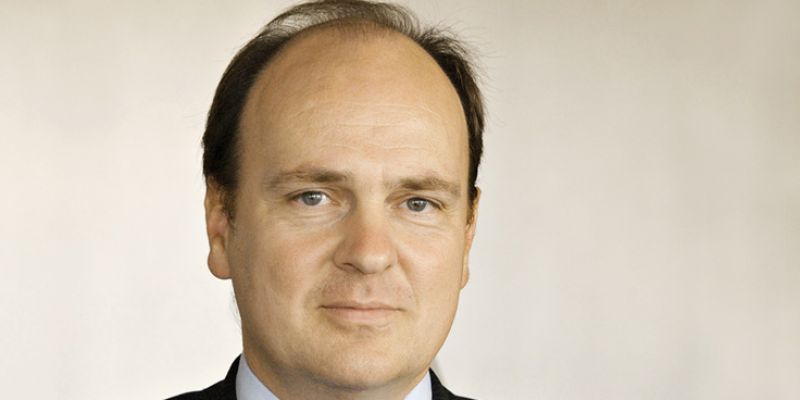 Europe needs vastly more freight trains compared to what it has today. Most recently, this has been put into writing in the European Green Deal unveiled on 11 December. The source is the 57% of road freight travels over distances longer than 300km in the EU constituting 1,1 billion tonne-kilometres. CT Operators are continuously developing their service offering, with a hope to satisfy the needs of the shippers.

Success depends to a great extent on the quality of the train paths rail infrastructure managers can offer, including the interconnectedness when these paths cross borders from one network to another. There is a similar exposure to daily traffic management and the handling of disturbances caused by force majeure or works on the tracks.

The 2019 year of European Combined Transport did not bring any breakthroughs: the quality of train paths did not improve, neither did the actual running performance. Member States failed to enact any meaningful changes to correct the distorted externality equilibrium that prevails between the various modes of surface transport. The European Commission Internalisation Handbook, from CE Delft, confirmed for the first time that trucking enjoys a 1,5 cent/tkm advantage over the other modes. A similar study for the German government by INFRAS found that the disadvantage of non-road modes is even greater.

Combined Transport has likely not been able to match the growth achieved during 2018, through a growth rate in excess of the EU GDP is still expected. More dynamic growth rates would require major changes in the framework conditions such as a meaningful recast Combined Transport Directive, the implementation of a progressively amended regulatory framework for road transport, changes in the quality of train paths offered to freight trains and a better performing train traffic management that views freight as an equal user of the infrastructure to passenger services (just like a truck is not disadvantaged compared to a bus or a car on the motorway).

UIRR will celebrate the 50th anniversary of its founding in 2020. The European Combined Transport sector has been growing together, being served and coordinated by UIRR since 1970. The association is determined to continue with its efforts to enable intermodality to run a course in Europe that resembles the performance in other developed regions of the world.

2019 has been a year of transition for the European institutions. This has meant we have not seen too much action in relation to European legislation. That being said, we have seen a high level of ambition for future work. On 12 December the New Green Deal for Europe was unveiled by Ursula Von der Leyen, the President of the European Commission.

This New Green Deal for Europe contains an ambition that a “substantial part of the 75 per cent of inland freight carried today by road should shift onto rail and inland waterways.  This will require measures to manage better, and to increase the capacity of railways and inland waterways, which the Commission will propose by 2021”. This ambition should be welcomed as Europe can only achieve it decarbonisation targets by achieving a high level of modal shift.

That being said, it has to be recognised that up until now Europe has struggled to achieve modal shift. The percentage of goods transported by rail freight has stagnated over the past decade. A new and ambitious approach is therefore required to encourage and facilitate modal shift. Central to this will be the completion of a truly European Single Railway Area for rail freight.

2019 is therefore an important year in that it establishes the objective for the next five years. Now is when we need to translate these objectives into actions and deliver a legislative framework that finally fits the needs of a competitive and international rail freight market.

We also have some news. From January onwards, the newsletter will be sent with images, in order to improve the general outlook. When the holidays are over, this same newsletter will be sent out twice a week, in order to stay up to date even more. Finally, we have contracted a UK correspondent. From January onwards, Simon Walton will bring every day news about rail freight in the UK.

Do you have any ideas for RailFeight.com in 2020? Do not hesitate contacting us! We are always open to new ideas.