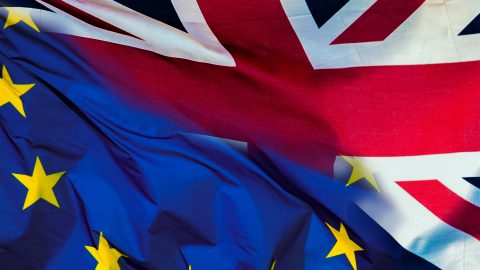 The British government has tendered a 25 million pounds (27 million euros) contract to move urgent medical supplies around the UK by train in the aftermath of Brexit. This ‘medical train’ should transport small medical supply consignments into the UK within 24 hours if the UK leaves the EU without a deal.

For months it has been widely rumoured that measures will be taken to ensure that essential medical supplies would not be disrupted by Brexit. Now, in an effort to beat expected headaches at UK ports, the UK Government Department for Health and Social Care (DHSC) has invited tenders for a contract to move supplies around the country by rail. Ironically, procurement law required the tender to be published in the Official Journal of the European Union and is therefore open to all EU-based contractors.

The UK Government says it is providing a multi-layered approach of stockpiling, regulatory flexibility, and putting in place a coordinated National Supply Disruption Response system. Their statement says: “The Department of Health and Social Care will lead a procurement exercise to secure an ‘express freight service’. It will transport small medical supply consignments into the UK within 24 hours if the UK leaves the EU without a deal.”

The contract is part of a series measures, which include additional warehousing and stockpiling of supplies. Clauses require delivery of everything from container-sized consignments, to temperature-controlled small loads on an overnight basis.

How the contract might work is the subject of considerable speculation. It has been several decades since the UK had any form of wagon-load or pallet-load freight network, and the rail-based parcels service, popularly known as Red Star, was eventually closed in 2001, after unsuccessful attempts to sell the business as part of the privatisation of the British railway network.

Provision of space on passenger trains seems unlikely, but there could be scope for utilising the small fleet of purpose-built EMUs, originally designed to carry mail between London and some major populations centres. However, the ‘whole UK’ requirement may present additional difficulties, since the rail network on the island of Great Britain (England, Scotland and Wales) is administered differently than in Northern Ireland, which is on the island of Ireland.

A letter from Steve Oldfield, the chief commercial officer at DHSC, addressed to suppliers of medical and clinical provisions – although clearly intended to be read by distributors as well – suggests that the problems revolve around delays on what the letter calls the ‘short crossings’ between ports on both side of the English Channel/la Manche. The indication is for consignments to be routed to other UK ports which may be further from established distribution centres, hence the requirements for bulk transfer by rail.

Media sources say successful bidders are expected to be named in September with full testing to be completed by 24 October, just one week before the current Brexit deadline.

While the well-established intermodal network may be expected to cope, the nature of the demand is still unclear. It is unlikely that pharmacists will find themselves travelling to stations or intermodal railheads to pick up supplies, but the spine of the distribution network would shift, at least in part, to rail. Last mile deliveries, which in remote locations could be ‘last tens of miles’, will still be made by road transport.

The handling, storing and onward consignment of medical goods may be the source of a headache for port, warehousing and rail freight operators. The irony of a train load of aspirin made ready to depart is not lost on the industry.

Would you like to receive the weekly newsletter of RailFreight? Please fill in your email address: