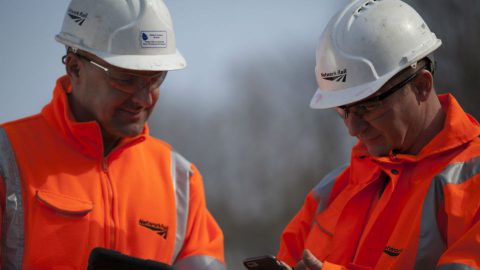 UK’s infrastructure manager Network Rail has launched a new safety task force in order to improve safety for employees that work on the railway. The work force is backed with a fund of 70 million British pound. End of June two rail workers died when they were hit by a bypassing passenger train.

In 2018 the number of fatalities also reached two, after three years of no fatalities on the railways of the UK. “The tragic deaths in Wales are a stark reminder to us all that more needs to be done. We will rise to that challenge as losing more of our railway family is not something we can tolerate”, said Martin Frobisher, Network Rail’s group safety, technical and engineering director.

“We will make it safer to work on or near the railway than it is today. Everyone should expect to get home safe, every day, and while our track record has been good and improving, there are still too many close-calls and that will be addressed.”

The Office of Rail and Road (ORR), the railway’s safety regulator, has also signalled concern in this area by issuing the company with two improvement notices seeking get the company to do more to improve track-worker safety. Frobisher: “We have been working with the ORR and our trade unions for many months to help us make working on the railway safer. Like our regulator, we want to see speedier progress.

The task force will accelerate its current ‘Near Miss Reduction Programme’ and will pull together multiple programmes that have been working over the past eight months or so, to improve track-worker safety. These programmes are focussed on planning and delivering safe work, software improvements, fatigue improvement, procuring for safety, medical standards, mental wellbeing, risk management and a safety hour programme.

The task force will be a partnership with all the key players in the industry – who are able to help bring about improvements – invited to join the team including the ORR, trades unions and contractors. 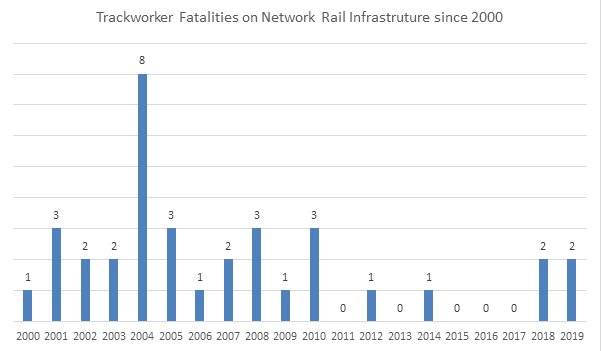