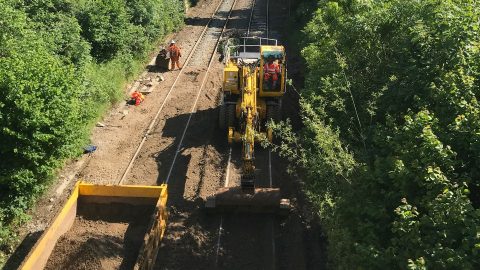 The UK railway line between Corby, Oakham and Melton Mowbray has been reopened, after a four-day closure due to floods. On Thursday 13 June a landslip and flooding hit the railway line. As no trains were able to use that stretch of the railway, the line was closed immediately.

Whilst the line was closed, train services ran on diversionary routes. The reopening of the line was reported today by Network Rail, the infrastructure manager in the UK. “Engineers have worked round the clock to remove 40tonnes of material from line and reopen the railway”, the company said. “Network Rail and East Midlands Trains would like to thank all those who were impacted by this incident for their patience and apologise for any disruption caused.”