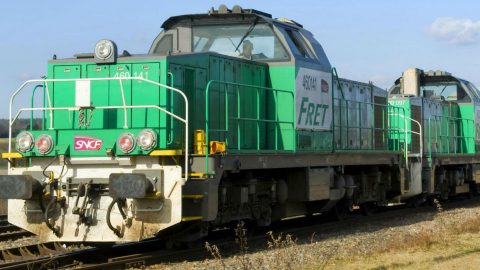 Upgrade works are carried out at the railway track between Serqueux-Gisors in the French region of Normandie. In October 2020 the project should be completed with a brand new station at Serqueix. The upgrade is essential in facilitating rail freight between Normandie and Paris, the most important economic axis in France.

Serqueix will have a key role in synchronising passenger and cargo services coming from the port of Le Havre. Currently, the railway line Le Havre-Rouen-Paris is saturated by passenger service, and the upgrade will create a vital bypass to secure import and export in the Ille-de-France.

The project has a total budget of 246 million Euros. The upgraded rail track has a total length of 50 kilometres and it will be totally electrified. In addition, around 10 kilometres of roads have been modified to develop this new rail link. French infrastructure manager SNCF estimates that around 25 trains will use this new infrastructure daily, mainly during the night. Every train will load a weight similar to 50 lorries.

Meanwhile, several local town halls have denounced the future noise impact of the trains. In response, the French state is to invest around 10 million Euros to install noise insulation panels. An independent assessment will be carried out to decide if more investment is needed.

Le Havre port is the main French port in The English Channel, supplying goods to Ille-de-France by lorries or barge via the Seine river. However, it cannot compete with Zeebrugge, Rotterdam or Hamburg due to the lack of rail freight connectivity.