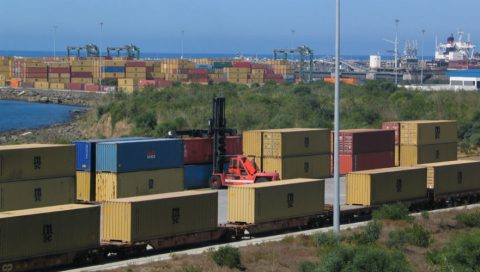 Railway line between Sines and Badajoz to be widened

A 20-kilometre section of the railway line between Evora and Elvas in southern Portugal will be upgraded. Civil works started last month. A budget of 46.6 million Euros has been reserved for the project.

The works will be developed by a consortium made up of Comsa, Fergrupo and San Jose and the company Mota-Engil. In addition, another 30 kilometres rail section will be developed once the former track is completed. The Portuguese government plans to build a rail freight terminal.

The total of 50 kilometres of rail track is essential to develop the rail axis between the port of Sines (Portugal) and Badajoz (south-east Spain). It will shorten the connection between these ports with around 200 kilometres. This rail connection will have only one track, preparing the infrastructure to add a second one in case the demand increases.

The project will increase daily capacity of the line towards Sines from the current 36 trains of 400 metres in length to 51 trains per day of 750 metres. The project has a total budget of 476 million Euros and is expected to be complete in 2021. The project commenced in 2018.

Alentejo and Extremadura are two important agricultural regions in Portugal and Spain, respectively, receiving important EU funds under the scheme called Euroregion. Extremadura is an inland region, the Portuguese port of Sines being its closer gate to the Atlantic Ocean. As a result, Spanish and Portuguese governments have prioritised this infrastructure.