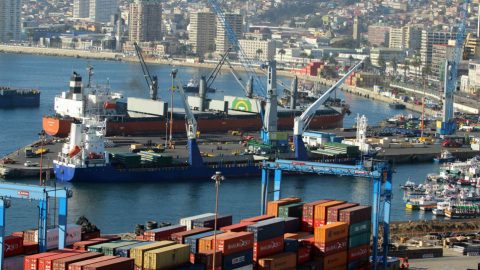 Train service to link Valparaiso and Santiago in Chile

The consortium Tren Valparaíso Santiago (TVS) has developed a 2 billion US dollar project to connect Valparaiso, on the Pacific coast, with the capital Santiago via train. The route will cover a distance of 115 kilometres.

The project plans to offer rail freight services between Great Santiago and the port of Valparaiso, cutting logistics costs for agricultural exports and high-speed passenger services. The infrastructure will also cross the coastal town of Vinya del Mar, 10 kilometres far from Valparaiso.

TVS is formed by Chilean companies Sigdo Koppers and Latinoamerica Infraestructura and the Chinese China Railways Group Limited (CREC). The new government headed by Sebastian Pinera is interested in the project and it is planning to make a deal, although details of this deal are not yet known. Once the project is approved by the government, it may take five years to be completed.

Chile is currently the most developed Latin American country and Valparaiso and Santiago are their main cities, housing 7.5 million inhabitants. This new infrastructure will strengthen the economic axis formed by Santiago and Valparaiso, which is not only used for freight traffic but also by people travelling to work every day, mainly from the coast to Santiago, a trip taking 40 minutes. In addition, it will complement the logistics area of the port of San Antonio (90 kilometres far from Valparaiso and 110 kilometres from Santiago).