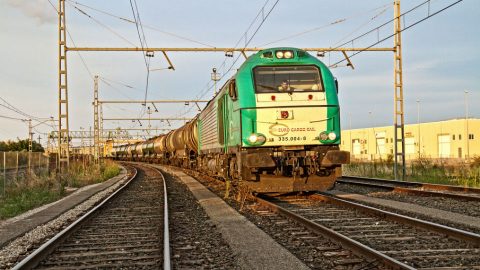 Spanish rail freight company Transfesa is set to increase its job offers for train drivers in Spain after receiving over 6 thousand candidates to cover 30 positions in Germany. The recruitment drive was launched by Deutsche Bahn (DB), which owns the Spanish company.

The job offer included a free 17-month master, a small stipend and a gross salary of 36,000 Euros per year in case the candidate passed the tuition. The job announcement collapsed the web recruitment service used to received CVs and the company decided to stop accepting candidates.

The German rail freight industry has a deficit of train drivers and hence, the parent company launched a recruitment scheme in Spain. The cost of training seminars are very high in Spain, around 20 thousand Euros on average. In addition, the gross salary offered by DB is 50 per cent higher than the average in Spain.

If the candidate is accepted, he must attend an 8-month course in Madrid to learn German and basic knowledge about train driving. Once the student passes this course, he must go to Germany to attend a 9-month course to get the official train driver license, while receiving a stipend of 2,300 gross Euros per month and a flight back and forth to Spain.

In response to the massive response, the general managers at the German headquarter are now analysing how to develop similar offers in Spain, not only to cover positions on the German market but also in the Spanish railway industry, which also suffers a deficit of train drivers.

Rail freight transport has a 1.8 per cent market share in Spain according to the Spanish antitrust agency. This is much lower than the average 25 per cent in Germany.