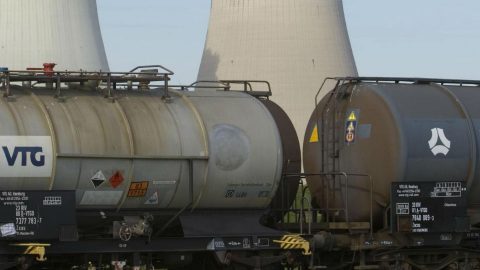 The French rail infrastructure company SNCF Reseau is set to develop several rail freight projects in the southwestern region of New Aquitaine, to increase rail freight traffic in this area. The focus of the projects is on the agriculture industry.

The rail line between Parthenay and Niort will be closed until March 2019 for the upgrade of 21 kilometres of rail tracks. The line had already been closed in the first three months of 2018, in order to secure its safety conditions. The total budget for this project is 8 million Euros. The main transported goods are grain from the county of Vienne and legume from Deux-Sevres, accounting for 2 million tonnes of cargo yearly.

In addition, SNCF has just completed the civil works to upgrade 10 kilometres of rail track between Mignaloux and Jardres at a budget totalling 6 million Euros. Thanks to this project, the grocery company Terrena can connect its grain warehouses by rail. It is transporting the product to the port of La Pallice, part of the sea shipping hub of La Rochelle, on the Atlantic coast. Every train can transport a maximum load of 1,400 tonnes, equivalent to 44 lorries.

Terrena is the main French agriculture cooperative, having around 22,000 farmers and 12,000 employees. It had demanded this civil work to secure its competitiveness in logistics costs. Its income totalled 5.4 billion Euros in 2017. New Aquitaine is the main French agricultural producer and good rail freight connectivity is essential to secure its exports through Bordeaux and La Rochelle.