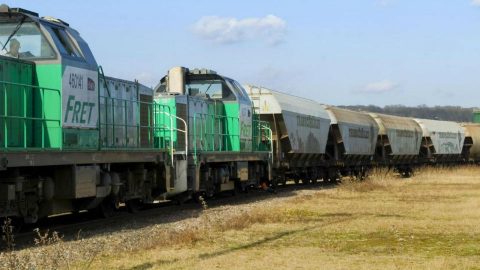 The railway line between the French city of Belfort and Bienne in Switzerland was reopened on 6 December after more than ten years since the last freight service. Passenger services had been halted even longer: the last train ran twenty years ago.

The national railways companies of France and Switzerland, SNCF and SBB, have collaborated to reopen the service. The priority of the service is to cut road traffic between both countries, as cross-border workers often commute by car. However, the improvement of freight connectivity between France and Italy via Switzerland is another important objective.

The local government of Belfort took part in the negotiations to reopen the service because it wants to revive the logistics activity it lost in the 80s. “These new services will be an essential in improving economic activity between the Swiss state of Jura and the neighbouring French towns”, Belfort’s prefect explained.

The railway network was built in 1873. It witnessed the highest volumes between 1940 and 1970, when it was an essential freight axis between Italy and the UK, crossing the Swiss state of Jura and the French manufacturing hubs of Lion and Ile-de-France. However, a decrease in traffic volumes and the closure of several factories led to the line closure.

This engineering work has been completed in the backdrop of French protests against higher taxes on fuel by the so-called called ‘yellow vests’. Jura’s minister of transport, David Fray noted that the service fee will be ten times less than when travelling by car or truck. “I think that this bet on a passenger and freight train is a key tool in declining transport cost”, Fray explained.