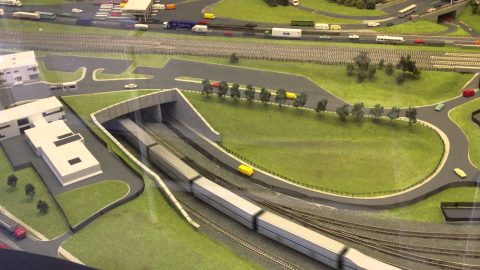 If the UK and Europe do not agree on a deal in the event of the Brexit, new agreements will be needed to allow trains, trucks and planes to cross borders, in either direction. The UK Freight Transport Assiociation is deeply concerned by the lack of progress in Brexit negotiations, as these agreements have not been discussed.

The business organisation representing UK’s logistics industry urged politicians on both sides to prioritise urgent and co-ordinated mitigation measures, focused on trading areas which will not be able to function without agreements, several media reported this week. “Border delays and disruptions, as well as additional costs and red tape are serious worries for our members, but the biggest showstopper of them all would be drastic reductions to the international movement of freight vehicles and planes”, Pauline Bastidon, head of European policy, Freight Transport Association said.

According to the FTA, the main priority for the logistics sector is to obtain clarification on how freight trains, trucks and planes are to operate cross-border after Brexit. Vehicles travelling between the UK and Europe, regardless of where transport companies are registered, will need a permit to access both the UK and EU haulage markets, if only to transport goods cross-border.

“Simply saying that things will be sorted out or that both sides will take unilateral measures in isolation, as suggested repeatedly on the EU side, is no insurance or reassurance for businesses. These companies are currently negotiating contracts with no knowledge of whether or not they will be able to provide the services they are committed to without market access being permitted”, the business group said.

At the moment the UK and Europe are still negotiating the Brexit, or departure of the UK from the EU. Several possible deals are on the table, but the possibility of a ‘no-deal Brexit’ is realistic. In this case, there will be no special conditions in place for trade between the UK and Europe. In the worst case, this scenario becomes a reality on 29 March 2019, the official Brexit date. This deadline could also be postponed till the end of 2019.