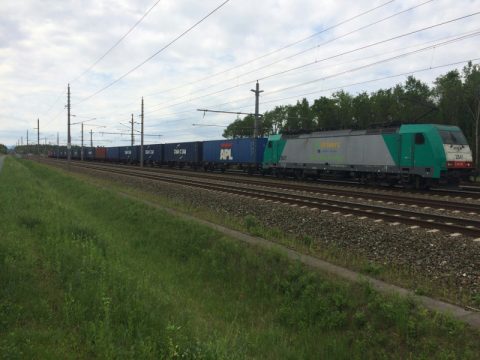 Lineas has opened a new operation centre in Mainz, Germany. The location is important for the Belgian operator, as it is situated in the Rotterdam – Antwerp – Rhine/Ruhr region triangle, where 40 per cent of the European chemical industry is located.

Lineas already has an office with commercial and operational teams in Mainz. The new operations center, which opened its doors on 1 September, functions as a coordinator between the customer, infrastructure managers, drivers, stations and other parties. Alongside a direct point of contact for customers, external partners can also now be managed more efficiently so that journeys run even more smoothly, Lineas pointed out.

“Our German team is growing steadily so that we can maintain close contact with our customers. We are also investigating the possibility of offering products that are aimed specifically at the German market”, says Jan Elfenhorst, Director of European Sales & Business Development and General Manager of Lineas Germany.

“In the near future, we also want to add our own shunters and shunting locomotives to our team. With the operations center we can offer the support required for this so that we can expand the Green Xpress Network efficiently and with quality.”

The Green Xpress Network is a product of Lineas, currently consisting of 16 connections. The concept consists of combining different sorts of cargoes, from steel, chemicals and consumer goods, to pallets and containers, thereby capitalising on the winning assets of rail, namely transporting large volumes over (medium) long distances, Lineas explained.