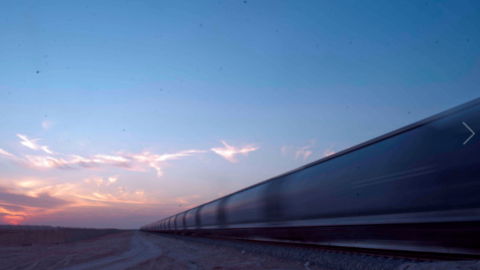 Work has started on a 111-kilometre railway project to connect Kuwait with the rest of the Gulf region. The link is part of the Gulf Railway, also known as the GCC Railway. This railway network aims to connect all six gulf countries.

According to a report by Middle East Logistics, the first phase of the project will create a new line to Nuwaiseb on the Saudi border and a 153-kilometre line linking Kuwait City with Boubyan Port. The network will host mainly freight traffic, accounting for 70 per cent of the revenue.

In the third quarter of this year, a technical consultant will be appointed for phase 1 of the project. This phase is estimated at a cost of 2.57 billion Euros, taking into account 2016 prices. The entire project is expected to be completed in four to five years.

The initial deadline for completion of the GCC Railway was 2021. However, the project has met financial challenges exacerbated by the low oil prices. Moreover, the six gulf countries have not all shown the same pace and commitment to the project. For example, Bahrain will not connect its network to Saudi Arabia until at least 2023.

The envisaged railway network starts at Kuwait City, pass through Dammam and Batha port in Saudi Arabia, Abu Dhabi and Al Ain in the UAE, and then enter Oman through Sohar to end at Muscat. From Dammam, branches will link to Bahrain through the proposed King Hamad Causeway, and to Qatar via Salwa port. The proposed Qatar–Bahrain Causeway between Bahrain and Qatar will provide additional connectivity.