The government of Slovenia will start preliminary works on the second track of the Divača – Koper railway line before the end of this month. The single-track Divača-Koper railway line is a bottleneck on the Mediterranean and Baltic-Adriatic corridors. The project has been on the agenda for a while, but was severely delayed due to a couple of referendums consulting the public about the project.

Slovenian authorities have now set a new deadline for the start of construction on the vital line in south-east Europe. According to Jure Leben, infrastructure minister of Slovenia, the project should start end of August. Earlier, the government announced June as possible term to launch preliminary works.

Earlier this year two referendums were held in Slovenia to gather public support for the Act on the construction, management and governance of the Divača-Koper second rail track. The Law On the Second Track took into force on 21 July this year. The document requires the launch of preliminary works within thirty days from the adoption of the law.

“We know that we have a one-year delay due to two referendums, so we carried out a lot of activities in the meantime to compensate for this delay,” said the minister. This month, activities involved mainly the issuing of the construction license to 2TDK, a state-own enterprise that was created especially for realising the project.

This year 2TDK will be capitalised with 20 million Euros. This amount was reserved in this year’s budget. During the next two years, the enterprise will receive 179 million Euros. The government of Slovenia is negotiating further funding with Hungary, as the project is crucial for the neighboring country’s export. The Hungarian requirements are unclear, however, some Slovenian media reported that the neighbouring country wants to acquire a 27-per cent share of Luka Koper d.d., the company that operates the Slovenian seaport. 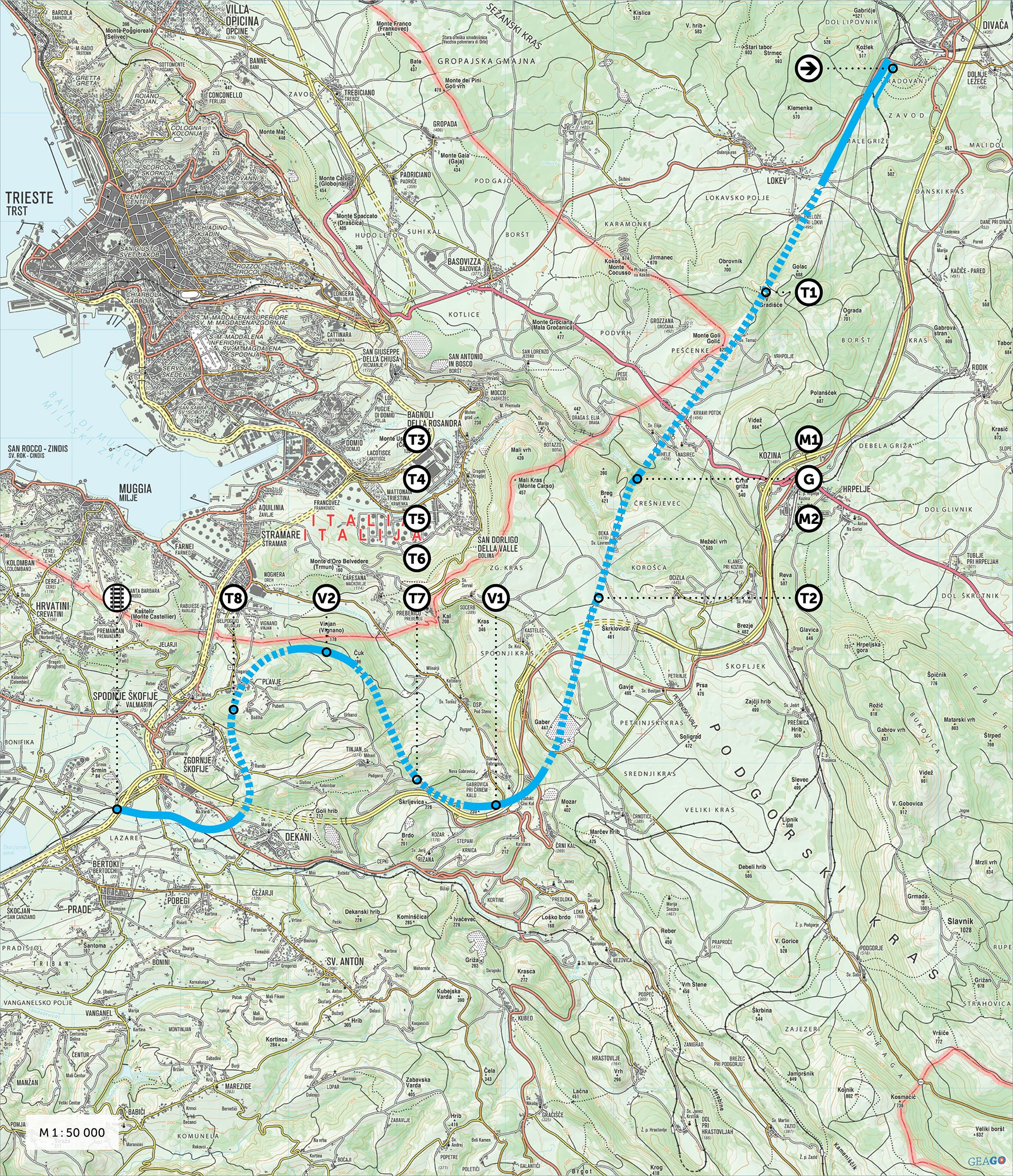 The second track project has been on the agenda in Slovenia since 1990. The decision on its construction was adopted in 2008, but works were not carried out ever since. Railway is crucial for the Port of Koper, as 64 per cent of all cargo is transported to/from the seaport by railway and only 36 per cent by truck.

Construction of a second track on the Divača – Koper line is likely to increase this share even further. Instead of ninety trains per day, the capacity of the railway line will jump to 222 trains per day. The line includes a 27-km section. Because of the difficult terrain and environmental constraints, 75 per cent of the line will go through eight tunnels, making the project complicated and costly.

Over the years, Luka Koper has made several steps to improve the railway connection between the seaport and the hinterland. For example, it launched several block train connections to 12 European countries (mostly container and automotive lines). The most frequent connections link the seaport with Austria, Hungary, Slovakia and Czech. These countries account for half of the cargo turnover and two thirds of container traffic in Koper. The largest market is Austria with a one-third share.

Luka Koper also acquired several inland intermodal terminals. The company purchased storage facilities in Sežana, close to the Italian border in 2007. Two years after that, the operator acquired a 33-per cent share of Curtici intermodal terminal in Romania (the asset was sold in 2014). Luka Koper is also planning to construct a terminal in Beltinci in eastern Slovenia. Finally, the company created its own railway carrier. In 2005, Luka Koper together with Graz-Köflacher Bahn und Busbetrieb, an Austrian railway company, established Adria Transport. Its rolling stock consists of five locomotives and 110 container railcars. Today, the company delivers five per cent of the total cargo to the seaport.