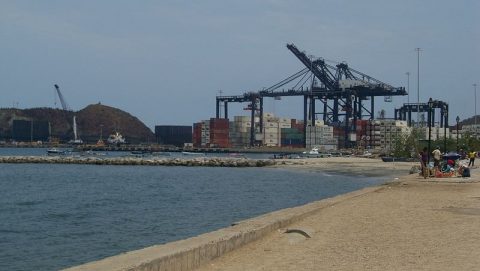 The Colombian railway line between La Dorada and the Port of Santa Marta will be operative again. Santa Marta is on the Caribean coast and is a strategic port for exports to the EU and the eastern US states, mainly including coal, fruit and corn. The re-opening is part of a series of railway upgrades in the South American country.

La Dorada is a logistics hub in the north-west of Colombia, close to Medellin and Bogota, which in turn form the main economic and manufacturing axis in the country. An estimated volume of almost 5 million tonnes of goods will be transported via the railway per year.

At the same time, the government has announced to upgrade the railway line between La Dorada and Chiriguaná, close to the border with Venezuela. Chiriguaná is one the most important mining areas, providing coal to the region. Hence, the connection to the port of Santa Marta is essential in connecting the Pacific and Caribean coasts of Colombia with its main agricultural and mining areas.

Both railway lines had to be closed in 2010 after intense rainfall partially destroyed the rail track. The lines have a total length of around 1,030 kilometres. The civil works are carried out at a budget of 159.3 million Euros. This reconstruction indicates the current national economic growth of Colombia, followed after the peace
negotiations between the Colombian government and the left-wing guerrilla movement FARC and ELN,
which controlled notable areas since 1964.